1. Why is it that filmmakers so love Boston accents? They’re going to dominate Martin Scorsese’s “Shutter Island.” Apart from that, the trailer looks like the most expensive B movie you’ve ever seen — not that there’s anything wrong with that. Check it out and then discuss: “Is the whole thing just the hallucination of Howard Hughes?” 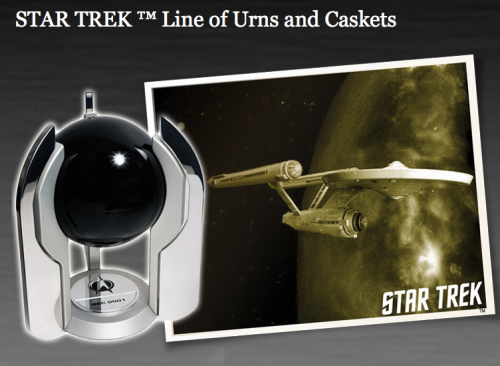 2. Genre-inspired knick-knacks just keep getting more creative. Thanks to the power of merchandising, death does not have to be the final frontier — at least for Trekkies. Beam me up, God! Speaking of which, this is just the place to store disc upon disc of  “A Clockwork Orange” fan fiction. And how better to feed a hungry pack of Imperial stormtroopers?

3.  Okay, the End of the World must be nigh. A report says Simon Cowell will produce a remake of “Saturday Night Fever,” with Timbaland supervising the music and Zac Efron tipped to don the white suit. This. Can’t. Be. Happening. (And, wait, didn't he bail on "Footloose" on the pretext that he didn't want to do anymore musicals?)

4. Marcus Nispel is to direct the new “Conan” movie. That’s the hat-trick of rebootery right there, following his reimaginings of “Friday the 13th” and “Texas Chainsaw Massacre.” Similarly yawn-inducing is the news that Neil Marshall, whose “Doomsday” was enough to make you yearn for actual Armageddon, is taking on “Predators.”

6. Twitter is now the place for development? Mindy Kaling proposed a remake of “Sneakers” to Diablo Cody, Jason Reitman and Kevin Spacey in a tweet and got a thumbs-up response. Diablo thought Brad Pitt and Robert Redford should star. Diablo clearly never saw “Spy Game.” Bless. Meanwhile, another comedian, young Bob Burnham, asked his followers to help him out with high-school jokes for a script he’s working on with Judd Apatow. That in itself is pretty funny — and what a modern teenager might do! 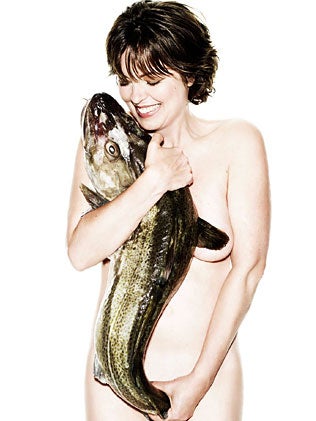 8. You couldn’t go to the movies in the ‘80s and ‘90s without seeing Greta Scacchi take her clothes off. After an absence, the delightful nudist is back at it — but for a cause this time. I was too mesmerized by the image, but I think it has something to do with fishes.

9. Okay, some news to really get excited about. Pixar maestro Andrew Stanton — director of “WALL-E” and “Finding Nemo” — is to get behind the camera on his first live-action movie, an adaptation of Edgar Rice Burroughs’ “John Carter of Mars.”Notice the word “remake” not used in the above sentence.

10. Finally, I said earlier this week I’m not that excited about “Transformers: Revenge of the Fallen” but let me make an amendment to that. If I could see the whole thing dubbed into German, I’d go in a heartbeat. Somehow Shia sounds smarter, Megan Fox is hotter and the robots funnier when you can’t understand a word they’re saying.