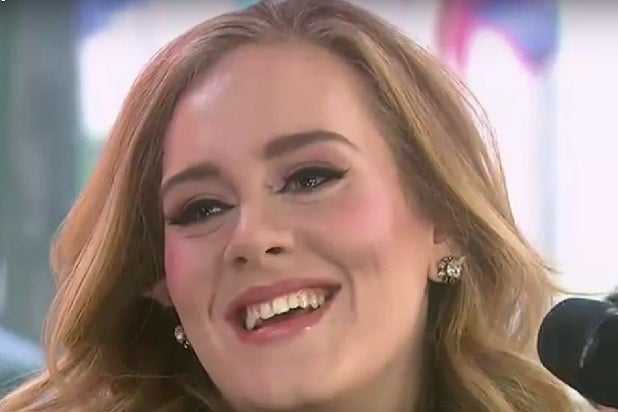 Good news, Adele fans (at least, Adele fans who haven’t already bought a copy of “25,” which doesn’t seem to be many of you).

The singer dropped in on NBC’s “Today” Wednesday morning, revealing that she’ll “probably” stream more of the songs off of her mega-selling new album.

Asked by Matt Lauer if she might reverse a previous decision to withhold “25” from the various streaming services, the “Rolling in the Deep” singer replied, “Yeah, probably. I’m certainly not one for kind of slicing things up. I’m just doing what I’ve always done. I’ve always done this.”

While reports surfaced recently that the major music-streaming services wouldn’t be allowed to stream the album, its maiden single, “Hello,” has been an exception.

Watch Adele’s interview on “Today” in the video.