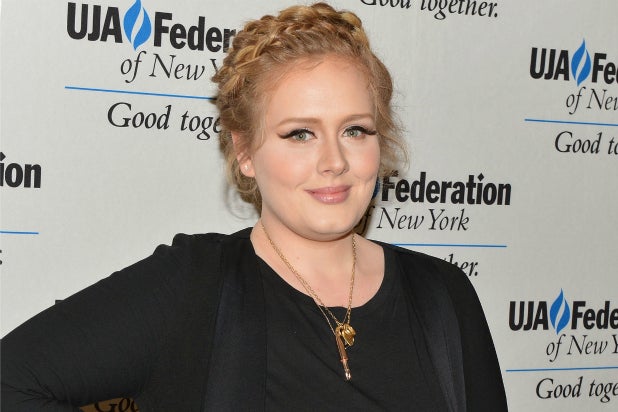 <> UJA-Federation Of New York Music Visionary Of The Year Award Luncheon at The Pierre Hotel on June 21, 2013 in New York City.

Adele’s “Hello” has been playing like a broken record — and breaking records left and right.

The singer’s “25” barely needed four days to break NSYNC’s all-time record for first-week album sales, a total that “No Strings Attached” claimed for more than 15 years. But Adele has toppled many other top artists and records in the process.

On Vevo, her comeback single scored the most views in its first 24 hours — an incredible 27.7 million — snapping Taylor Swift‘s record for “Bad Blood” (20.1 million) from May. And speaking of Swift, Adele has already passed her for most albums sold in 2015 — though “1989” was actually released in 2014, which helps.

The sepia-toned music video took the same amount of time to reach that nine-digit total on YouTube — but the Google platform’s speed record still belongs to”Gentleman,” by PSY. “Hello” is now No. 2 there.

On YouTube, “Hello” was viewed 50 million times in its first 48 hours, making it the biggest debut of any video on YouTube in 2015.

“Hello” is also now the only digital track to ever sell one million copies in a week, moving 1.1 million downloads the week of Oct. 29. Flo Rida’s 2009 “Right Round” single is a distant second, with 636,000 digital sales.

So, will “25” and its lead single set more records come awards season? Time will tell, but we wouldn’t bet against it.