CNN’s Anderson Cooper said Thursday he’s “sorry” for how Chris Cuomo’s firing “played out,” but that the termination was a natural consequence for Cuomo’s actions.

During “The Late Show with Stephen Colbert,” he was asked how he felt about his colleague’s firing, which took place after the New York attorney general’s office revealed the extent of the journalist’s correspondence with his brother’s strategy team when then-Gov. Andrew Cuomo was accused of sexual harassment by multiple women.

“Look, I don’t want anything bad to happen to somebody who is a colleague and a friend of mine and I feel terrible for him and his family. That being said, journalists have strict ethics and strict rules that we are to abide by, and if you don’t abide by them, there are repercussions. I wish Chris the best and I’m sorry for how all this played out but you know — and I hate this for his family — but this is a business with very big responsibilities and there are repercussions,” Cooper said. 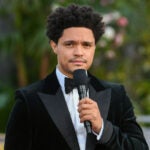 Cooper also said he wasn’t aware of the firing before it hit the news earlier this month and isn’t sure how colleague Don Lemon, who was close with Cuomo, is handling it.

Cooper, who filled in for Cuomo during the first week of his suspension ahead of his official firing, recalled to Colbert that his friend, Andy Cohen, called him up offering to take over the 9 p.m. ET slot on CNN.

“I was like, ‘Andy, you’ve got enough real estate in television,'” the primetime star joked. The two host CNN’s New Year’s Eve broadcast every year and Cohen is a major player at Bravo, where he hosts “Housewives” reunions and the nightly program, “Watch What Happens Live.” 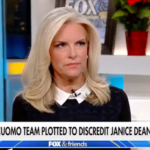 Since last week, Michael Smerconish has filled in during Cuomo’s old slot, pulling off some surprising ratings wins.