“CNN fired Chris Cuomo because he was caught giving secret political advice to a politician,” Noah said, referencing the communication between Cuomo and the strategy team around his brother, former New York Governor Andrew Cuomo, when sexual harassment accusations began to mount against the politician. “Now it turns out that basically everyone at Fox News was giving secret advice to President Trump and his people during the insurrection, but I guess that’s what makes it okay?” 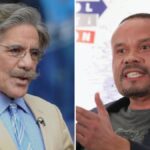 Rep. Liz Cheney on Monday revealed during a House committee hearing that Fox News’ Sean Hannity, Laura Ingraham and Brian Kilmeade texted Meadows during the Jan. 6 riot on the Capitol. All three said Trump himself needed to condemn and stop the violence, which mirrored what they said on air after the deadly event, too.

While the three Fox News personalities who texted Meadows are opinion hosts, Cuomo was a straight journalist at CNN. In messages revealed by the New York Attorney General’s office earlier this month, he asked his brother’s team if he could help strategize on messaging and even offered to use his connections to find out if industry peers were planning to release more stories and to dig up information on women accusing the governor of harassment.