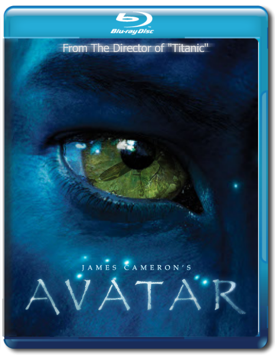 All they wanted to do was watch some blue-skinned aliens defend their home planet. Yet a number of the millions of people who made "Avatar" a record-breaking Blu-ray seller have been unable to get their discs to take flight.

The problems plaguing James Cameron’s science-fiction opus mirror those that crop up every time a tentpole movie hits Blu-ray — be it "Iron Man" or "The Dark Knight."

The culprit, an individual at Fox told TheWrap, is not the discs, but that certain Blu-ray players need to be upgraded with new firmware.

Unlike with DVD players, Blu-ray owners can’t play a passive role when it comes to maintaining the latest in home entertainment technology. Players need to be updated periodically to play new file formats — the same way computer programs such as browsers, Microsoft Office or iTunes do.

As for "Avatar," Fox maintains that the problem is largely limited to Samsung players, but a few LG players also require the enhancement.

To that end, Fox and various manufacturers have launched a widespread educational campaign. But they have their work cut out for them.

At one point, the grievance chorus grew so loud that Amazon launched its own "Avatar" complaint page.

One customer wrote: " … When 3 out of 3 players in my house (Denon, Samsung and PC) won’t play it, then 20th Century Fox should be slapped with losses on this one for doing this crap."

Yet another wrote: "I bought the latest Samsung Blu-Ray player 5 days ago and updated all the firmware before installing it. It will not play Avatar! I bought the new player specifically because Avatar was coming out."

Indeed, these problems seem to crop up whenever a big-budget film hits stores shelves, requiring studios and Blu-ray manufacturers to launch fresh educational primers for consumers.

In the case of "Avatar," Samsung aggressively addressed customers complaints, taking to various forums often under the name "Mister Samsung" to advise disc owners about the firmware requirements and provide trouble-shooting tips. They also quickly released new firmware for those players that still lacked compatible upgrades necessary to watch the movie.

Retailers also have done their part to acclimate consumers, with Amazon and Best Buy reminding potential buyers in ads and on the disc’s cover that not only is the movie not in 3D, it also may require a firmware update (Amazon”s warning pictured).

If those attempts to capture viewer attention fails, the "Avatar" disc itself kicks off with a reminder that to ensure the best possible viewing experience, players may need to be updated, showing a URL where help can be found.

Downloading the firmware doesn’t cost anything, unless player owners go to retailers like Best Buy where they will be hit with a $30 charge. If a player is ethernet-equipped, the upgrade can be downloaded from the manufacturer’s site directly or it can be transferred to a disc or a flash drive.

The educational campaign seems to be working, with complaints on forums quieting down as the word about updates goes out, according to the studio individual .

On Perez Hilton, the rabble rouser slyly informed disgruntled disc owners on Wednesday that "…you can still download the flick on many of your favorite, illegal torrent sites."