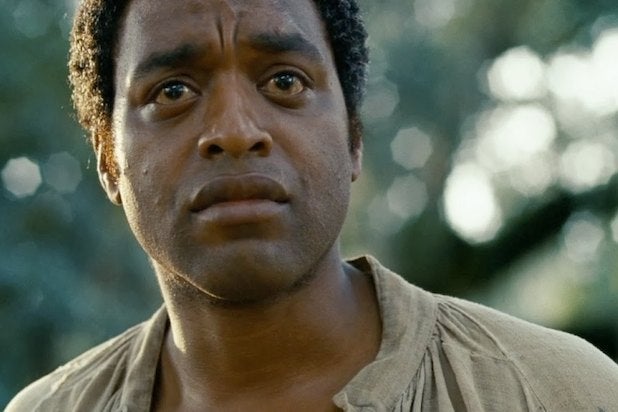 After a night in which it lost one key race after another, “12 Years a Slave” was named the best film of 2013 at the EE British Academy Film Awards, better known by the name of the body that gives them out, the British Academy of Film and Television Arts (BAFTA).

While “Gravity” was the night’s biggest winner with six BAFTAs, including Outstanding British Film and Best Director for Alfonso Cuaron, Steve McQueen‘s harrowing drama pulled out a surprising last-minute triumph. First Chiwetel Ejiofor won the Best Actor award to give the film its first honor of the night, and then the film itself took the big prize, Best Film.

The film won in a tough category that also included its chief Oscar competition, “Gravity” and “American Hustle,” as well as “Captain Phillips” and “Philomena.”

Together with the film’s tie with “Gravity” for the top honor at the Producers Guild Awards, the BAFTA victory is another sign that “12 Years” could hold its own against the flashier “Gravity” in one of the most competitive Oscar races in more than a decade.

Cate Blanchett of “Blue Jasmine” won the awards for best actress. She was a prohibitive favorite for her role in the Woody Allen movie, as she is at the Oscars in two weeks.

Ejiofor’s award came after “12 Years a Slave” had lost in a number of races, including supporting actor, supporting actress and adapted screenplay. Oscar frontrunner Matthew McConaughey was not nominated in the Best Actor category, but Leonardo DiCaprio was considered a strong threat to win for “The Wolf of Wall Street.”

With its Best Director win and its victory in the Outstanding British Film category, “Gravity” seemed to be the likely winner going into the final award of the night. (Admittedly, the British-film prize rarely goes to the Best Film winner.)  It had also won prizes for its music, cinematography, visual effects and sound.

Jennifer Lawrence of “American Hustle” and Barkhad Abdi of “Captain Phillips” were named the best supporting actress and actor.

The win for Lawrence came as a slight surprise, with Lupita Nyong’o of “12 Years a Slave” going into the BAFTA ceremony a narrow favorite to win over a field that also included Oscar nominees Julia Roberts (“August: Osage County”) and Sally Hawkins (“Blue Jasmine”).

“The Great Beauty” won in the foreign-language category, while “The Act of Killing” was named best documentary and “Frozen” was named best animated film. All three are Oscar nominees in those categories.

The original-screenplay prize went to “American Hustle,” and the adapted-screenplay award to “Philomena.” The latter award was the third consecutive loss for “12 Years a Slave” in a significant category, following the supporting categories in which Nyong’o and Fassbender didn’t win.

On the craft-awards side, in addition to the four awards for “Gravity,” “The Great Gatsby” won for production design and for costume design, “Rush” won for editing and “American Hustle” won for makeup/hairstyling.

The winner of BAFTA’s Best Film prize has gone on to win the Oscar for Best Picture for the last five years in a row, although the two groups had the same winner only five times in the 15 years before that.

The show took place at the Royal Opera House, Covent Garden, and was hosted by Stephen Fry, who described himself as “humbled, honored and, in the best sense of the word, paid to be here.”