TWILIGHT FANS: The MSN link to the story you’re looking for was incorrect.

For that story, please click here: ‘Twilight’ Marketing is Up and Running — and for Good Reason.

The Disney story within this link continues below …

We knew that Bob Iger was taking a big bet on his transformation of the Walt Disney Company, but I don’t know that any of us realized it was quite this big a bet — $12 billion, according to an analysis by Bloomberg today. 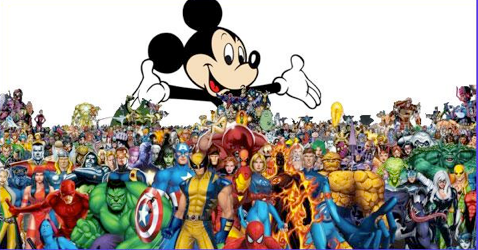 “Disney Chief Executive Officer Robert Iger, 59, is on a spending spree at the world’s biggest media company to transform his film studio, amusement parks and stores.”

In addition to spending $4 billion for Marvel (which some believed was a serious over-spend for the characters it acquired), the media giant is building two new cruise ships and is giving its remaining retail stores a high-tech takeover.

The total price tag, through 2014: more than $12.3 billion, according to New York-based Soleil Securities Corp. analyst Alan Gould, a 59 percent increase over the prior five years. That’s the kind of thing that makes some people dump stock.

And indeed, the piece is a fairly scathing review of the company, which is in not-as-bad shape as the radical makeover might suggest, but also might not be on the path that fiscal conservatives would embrace.

But that information has to be placed in the context of a miserable world econony, and the wake of a crash of financial markets globally.

Interestingly, Bloomberg tags Iger a “serial acquirer.” Some would call his acquisitons of Pixar and Marvel among his most strategically brilliant moves.

“In all, the CEO has snapped up 28 companies in whole or part, according to data compiled by Bloomberg,” the article says.

Bloomberg seems to agree with an analysis that ran on TheWrap earlier this week, which looked closely at the value of the Marvel deal and raised questions.

“Ross has to mine the likes of Captain America, Thor and lesser-known figures like Ant-Man until the bigger superhero licenses expire beginning in 2013," said Bloomberg, echoing TheWrap’s conclusion, noting the licensing deals soured some analysts on the Marvel purchase.

“Over the long run, we suspect this will be viewed as Mr. Iger’s first major mistake as CEO,” Citigroup Inc. analyst Jason Bazinet wrote in September.

Clearly Rich Ross has a lot of work to do. And Iger will have to find new sources of revenue – beyond that reliable cash cow ESPN – to find the profits that will stream from his expensive bets throughout the company.

See previous: Disney’s $4 Billion Marvel Gamble – Will It Pay Off?