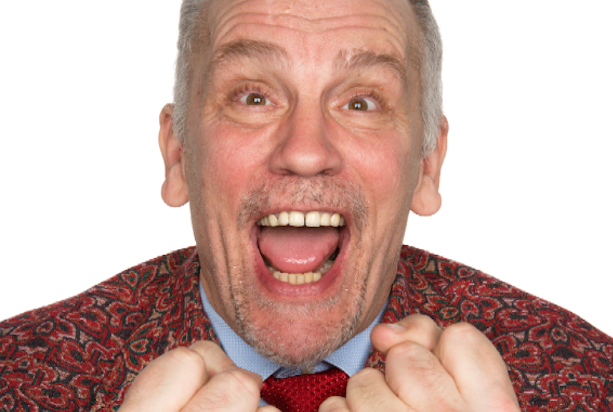 I am extremely interested in and fascinated by the creative processes. How do we, as human beings, make “real” things that come from our imagination?  And what is imagination? For example, take a sculptor who uses a hammer and chisel to a large block of stone and creates something magnificent and moving.

We may not understand exactly how the sculptor sees and how he works to compose the form, but it is clear to us there’s a creative process at work.

Similarly, how does an actor use ink on paper to prompt his or her imagination to create an individual from another place and time? This was the question that fed my passion for this project.

(At right, the cover of my new book, “Caught in the Act,” due out next week.)

Over the course of six years, I invited actors to my studio. Prior to a scheduled shoot, I prepared in detail: I looked at every performance I could find and watched interviews on YouTube; I read every article available; I knew them as well as I possibly could prior to meeting them in person.

Once the actor arrived, we sat down together and I did an interview focused on the creative process — the art and craft of acting. I asked them how they go about developing a character with whom they are not familiar. What did they do to find the inner thoughts, tastes, desires and personality of a character who was initially foreign into them?

I asked them how they prepared and did research. I asked to what extent they truly “become” the character. Do they take the characters home or do they leave them at the theater or on the set?

I asked how acting for television was different from acting in film and live theater. I asked about what they wanted from a director and how a director can help them create their best work. I asked if and how directors can get in the way of their creativity. I wondered what work they wanted to do that they hadn’t yet had a chance to do.

After the interview, we moved on to the shoot. I gave each actor multiple parts to play –characters, scenarios, and situations — asking them to use improvisation to perform for my camera.

These are a few of the characters that I suggested to some of the actors:

John Malcovich: “You’re an icy interrogator (left) telling a captive that in exactly 60 seconds if you don’t get the information you need, you’re going to start removing body parts, starting with his ears.” Malkovich took off his watch put it in his hand, looked at it and then acted the part brilliantly.

I gave him another character to play, entirely different from the first (at right): “You’re an 8-year-old kid at a demolition derby telling your dad, ‘This is the best thing … ever!'” Malcovich became a different human being right before my eyes, and camera.

Joan Allen: “You’re the ferocious head of the top at agency berating a senior VP because he hasn’t landed the Cialis account: ‘You’re so limp, you could be the poster boy for that crap!'”  She became, in an instant, ferocious, scary.

Ben Kingsley: “You’re a salesman on the road answering a cell phone call from your wife; she’s whispering desperately that she thinks there’s someone in the house.” He sat there for a moment and slowly transformed into a worried, depressed and anxious person.

Jeff Daniels: “You’re a kindergartner who wet his pants standing on the playground surrounded by laughing kids.” He stood there crying, feeling terrible.

Goeffrey Rush: “You’re a top trader at an investment bank scapegoated at an emergency meeting for the loss of billions; ‘I’m responsible for this? You think I did this? Are you fucking kidding?'” He produced an amazingly convincing response.

Sissy Spacek: “You’re a woman in your 18th hour of labor screaming at your husband that he better never touch you again!”  She screamed in a manner so real it was shocking.

I prepared many parts, scenarios and situations, directing each actor in 20 or 25 of them.  I used an average of four or five of the scenarios for the book and therefore had 15 or 20 left over that I was able to use again with other actors. It was amazing to see how the actors developed the same parts so differently.

The entire experience was always enormously enriching, surprising and, of course, entertaining. Essentially, I had a first-row seat, three feet away, as an audience of one, for the most dynamic improvisations from great actors.

Many actors made up dialogue as they became the character. Some actors used only sounds and others were silent. Each actor found his or her own way of developing the parts.

And finally, after the interview and the improvisation shoot, I made a serious portrait of each actor. I explained that I wanted to make a portrait that had veracity. I explained that we would work together and if we made any portrait that was “worthy,” I would make a fine print for them. Each of the actors enthusiastically participated and helped to make something that was serious and unique, original and meaningful. All of those portraits are also in the book.

And thus, my book “Caught in the Act” — each actor has an interview, a portrait and the images of characters they created for my camera.

His lens has captured many aspects of the human form, and his work has been displayed globally in museums and art galleries and featured by major news media. His commercial work for Ralph Lauren RLX, Escada, Sergio Tacchini, Nike, Reebok, Wolford, Etienne Aigner, Sony, Adidas, Finlandia Vodka, MGM Grand Hotel, Virgin Records, Gatorade, McDonalds, AT&T, Mercedes-Benz and dozens of other leading companies has been viewed by millions.

His commitment to making creative, compelling images and revealing interviews is exemplified in every detail of his 20th book, "Caught in the Act: Actors Acting."

His lens has captured many aspects of the human form, and his work has been displayed globally in museums and art galleries and featured by major news media. His commercial work for Ralph Lauren RLX, Escada, Sergio Tacchini, Nike, Reebok, Wolford, Etienne Aigner, Sony, Adidas, Finlandia Vodka, MGM Grand Hotel, Virgin Records, Gatorade, McDonalds, AT&T, Mercedes-Benz and dozens of other leading companies has been viewed by millions.

His commitment to making creative, compelling images and revealing interviews is exemplified in every detail of his 20th book, "Caught in the Act: Actors Acting."