Channing Tatum is set to star in and produce MGM’s live-action film adaptation of his children’s book “The One and Only Sparkella,” according to an individual with knowledge of the project.

Pamela Ribon (“Moana,” Ralph Breaks The Internet”) is set to write the script for the adaptation.

Channing will produce via his Free Association banner. Michael Parets will oversee the project at Free Association. Parets, Tatum, Peter Kiernan, Reid Carolin and Cody Carolin will also serve as producers. The project is a part of Free Association’s first look deal with MGM, which was announced last year. 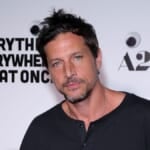 The film’s logline is “A live-action take on the magic of Sparkella that sees a father and his daughter fall headlong into the infinitely surprising world of her imagination.”

The film will be based on Tatum’s book, “The One and Only Sparkella,” which was released on May 4, 2021 and debuted at #1 on the New York Times Best Seller list. It was the first of a 3-book deal with Feiwel and Friends. The series is a charming ode to self-esteem and the love between a father and daughter. The second book, “The One and Only Sparkella Makes a Plan,” will be released on May 31, 2022.

Free Association’s latest partnership with MGM was “Dog,” starring Tatum and co-directed by Tatum and Reid Carolin. The film was released theatrically in February 2022 and has grossed over $62 million domestically with a budget of $15 million. Free Association’s upcoming projects with MGM include Zoe Kravitz’s directorial debut, “Pussy Island,” and the remake of the German film, “System Crasher.”

Tatum most recently starred in the theatrical films “Dog” and “Lost City” opposite Sandra Bullock. He will next star in “Magic Mike’s Last Dance” to be released later this year.

Tatum and Free Association are repped by CAA, Relevant and Hansen, Jacobson, Teller.