Former host of “To Catch a Predator” Chris Hansen turned himself into authorities Friday and was later released following a Michigan judge's issue of a warrant for not showing up for a scheduled court appearance.

The 61-year-old surrendered to police and was briefly detained at the Shiawassee County jail in Corunna, Michigan. He was summoned to the jail on Thursday to explain why he didn't hand over requested footage of a police sting operation. It was anticipated he would present a video against three men charged with attempting to solicit underage girls for sex, the Associated Press reported. 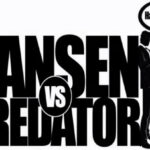 The ex-“Dateline NBC” reporter also attended the press conference following the sting, confirming his presence at the investigation on Oct. 13 and announcing that he interviewed one of the suspects arrested, a 32-year-old corrections officer.

“While I think nothing will ever shock me, here again is somebody who is a lawman, who is sworn to protect, whose job it is to monitor inmates in a state prison,” Hansen said. “It goes to show that these guys come from all walks of life.”

Hansen said a video clip of the interview would see release in the near future, reported M Live Michigan.

Hansen did offer an edited video, but one of the defendants demanded the complete footage, which he argued could provide exonerating evidence, AP reported. 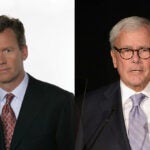 According to Hansen’s lawyer, his client neglected to appear at the court hearing because of a misunderstanding concerning a subpoena.

"He wasn’t intending to not appear or to be somebody that was trying to circumvent the process. It was just an unfortunate set of circumstances that resulted in a failure to appear," attorney Clint Perryman told AP.

Hansen was eventually released and has 14 days to deliver the uncut video, said prosecutor Scott Koerner. Hansen later made a post to Instagram about the arrest, claiming, "the matter is currently being resolved!”

“The court matter in Shiawasse Co, Mi today resulted from a predator investigation there,” he wrote. “Defense lawyers for accused predator Michael Lott had requested video from the investigation. There was miscommunication about a hearing today on the issue.!” 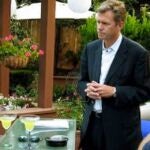