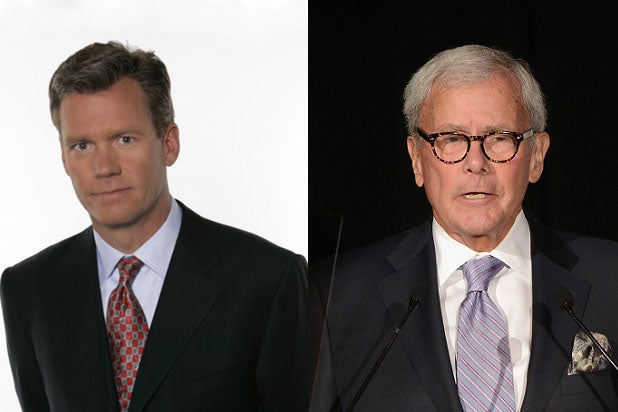 Why don’t you have a seat right over at Discovery, Chris Hansen?

“To Catch a Predator” alum Hansen has signed on for a new series, “Killer Instinct With Chris Hansen,” which will premiere on Investigation Discovery in the third quarter of 2015, Discovery announced on Thursday.

The six-part series will feature Hansen going into the field to take an in-depth look at some of America’s most horrific crimes, “talking to people closest to the crimes that have shocked a nation and forever changed lives,” Discovery said.

“I am thrilled to be a part of this compelling project. This is reporting the way I like it … in the field, gritty and aggressive,” Hansen said of the upcoming series. “We’ll bring viewers with us on our journey of discovery as we explore captivating cases with interviews from those who have never spoken before. I have been a reporter for more than 30 years and this is some of the most fascinating television I have ever helped produce.”

Discovery also announced Thursday that veteran broadcast journalist Tom Brokaw will host a one-hour special, “The Men Who Changed the World With Tom Brokaw,” which will premiere on the American Heroes channel during the first quarter of this year. The special, which is produced by NBC News’ Peacock Productions, will reflect on his past interviews with president George H.W. Bush, Nelson Mandela, Mikhail Gorbachev, Colin Powell and Bill Gates.

Also Read: Tom Brokaw Says His Cancer Is in Remission

“American Heroes Channel is thrilled to welcome Mr. Brokaw back to our network with this new special that sheds light on the five men who have changed the way we live, learn and lead,” said Kevin Bennett, EVP and General Manager, American Heroes Channel. “Selected by Mr. Brokaw himself, the men highlighted in this special are iconic in their own right, for better or for worse, having been involved with major events that helped to shape our modern world.”

Also coming up on the Discovery slate: The Animal Planet offering “Matt on the Run,” an eight-episode series that will feature weekend adventurer Matt Galland and a pair of buddies venturing to untouched, pockets of the globe. The trio’s goal on the series is to trek about 100 miles in the wild in four days, conquering nature’s challenges and capturing its beauty.

“While the mission is straightforward, each journey comes with its twists and turns, including dangerous encounters with wild animals, brutal terrain, invariable weather, extreme lows and almost impossible heights,” Discovery said of the offering.

“Matt on the Run” will premiere in the spring.