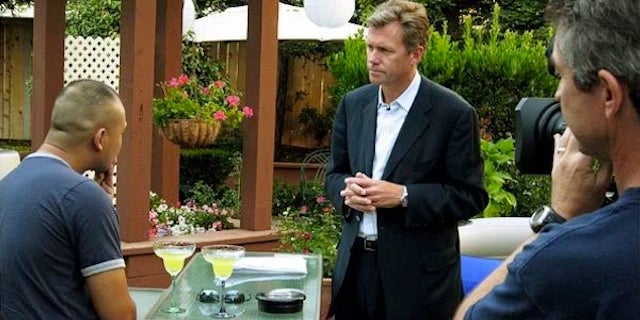 Longtime NBC newsman and memorable "Dateline" segment host Chris Hansen has left the network — and TheWrap newsroom had some fun imagining how his departure was handled.

(Hansen's "To Catch a Predator," in which he confronted men who tried to set up sexual encounters with children, was a ratings success in the mid-2000s — but was discontinued in 2007 after one man caught in a sting committed suicide.)

Also read: 'To Catch a Predator' Lawsuit OK'd by Judge

NBC did not elaborate on Hansen's exit, but come on — it had to be something like …

HR Rep: Hi, I'm the HR Rep from NBC. Why don't you have a seat over there?

HR Rep: Would you like a drink of water?

HR Rep: What's in that bag you brought?

HR Rep: Uh huh, uh huh. Listen, what did you think was going to happen here? Why are you here?

Chris Hansen: I was called in … my contract's up for renewal, right?

Chris Hansen: Okay, look, that contract is at least 20 years old. I joined the network in 1993!