You can imagine Colin Quinn perched on a barstool somewhere in Brooklyn, an old-timey tavern where they still put out bowls of peanuts and don’t serve elderflower anything. And he’s spouting off about whatever pops into his head at the moment, mostly about how society has gone to the dogs — and how he’s not so hot about dogs, anyway.

The 60-something “SNL” alum is a familiar sort of curmudgeon, and his aptly titled new show “Small Talk” — which opened Monday at Off Broadway’s Lucille Lortel Theatre — draws from the same keg as his last onstage monologue, “Red State Blue State.”

Social media has killed society, Quinn says, arguing: “If you post more than five times a day, you should be in a 72-hour psychiatric hold.” 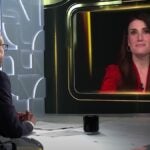 Also Read:
CNN’s Chris Wallace Presses Idina Menzel on Whether ‘Let It Go’ Is Actually an Empowering Song: ‘I Didn’t Get It’ (Video)

He blames Steve Jobs for democratizing computers, suggesting that they should have remained the province of geeks like Bill Gates who actually understood their power. He also points out that Jobs’ company, Apple, shares its name with the forbidden fruit from the Garden of Eden. “What’s the first thing we did when the internet came out?” he adds. “Looked at each other naked for seven years.”

Quinn gripes that all the time we spend online has robbed us of the ability to communicate face to face, to engage in the small talk that he insists helped forge basic social connections and grease the wheels of democracy. “Between phones, air pods and self-checkout, small talk is down 87%,” he jokes.

There’s not always consistency to Quinn’s arguments, though: He complains that kids do too much posturing online, but also that nobody teaches them the importance of personality. Not that personality is always a good thing to project to the world. “I got news for you, your authentic self is not your best self,” he notes. 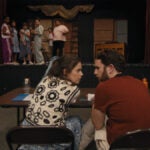 Like his material, Quinn’s halting, stop-and-start delivery can be scattershot. His 90-minute routine takes a while to get going, and he sometimes loses his train of thought mid-sentence, adding asides to other asides before eventually circling back to his punchline.

But the laughs do come eventually, and he delivers some inspired moments of wit, including a riff reimagining a Shakespearean play for the digital age that concludes: “Away, snowflake. I will watch thee melt.”

He’s also quick to acknowledge his own complicity in the societal trends he lampoons, like the dominance of youth culture that permits him to perform on stage in an unbuttoned shirt over a T-shirt, jeans and Adidas sneakers. “Look at me now,” he notes, “I’m an old man dressed like a 12-year-old boy.”

Still, something tells me that those Brooklyn bartenders won’t be carding him when he orders another round. 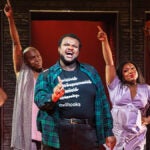