Crown Media’s executive vice president of programming Michelle Vicary will step down from her position in June, the company announced Monday.

“We thank Michelle for her contributions to the growth and success of our networks and for helping to bring the quintessential Hallmark brand to life,” Wonya Lucas, CEO Crown Media Family Networks, said in a statement. “We appreciate the passion and effort she has brought to our team and to the company.” 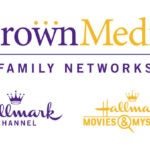 Vicary is a two-decade-plus veteran of Crown Media, having originally joined the company as manager of programming and promo scheduling before working her way up to executive vice president.

In her current role, she oversees programming and production for all of Crown Media’s networks, including Hallmark Channel, Hallmark Movies & Mysteries and Hallmark Drama. She is credited with overseeing titles including the “When Calls the Heart” series and “Good Witch,” as well as leading the 9-year run of the network’s daytime show, “Home & Family.”