Catherine Cortez Mastro has won reelection in a narrow victory against Republican challenger Adam Laxalt in Nevada, securing a Democratic majority in the US Senate.

“This election is a victory and a vindication for Democrats, our agenda, and for the American people,” Democratic Senate Majority leader Chuck Schumer said.

Earlier Saturday, with 22,000 outstanding votes in Democratic stronghold Clark County, Laxalt warned his supporters that the election results could be razor-thin.

“Multiple days in a row, the mostly mail-in ballots counted continue to break in higher DEM margins than we calculated,” Laxalt wrote on Twitter. “This has narrowed our victory window.” 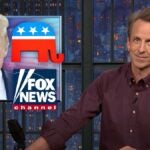 Also Read
Meyers Delights in Republicans’ Turn on Trump: Running From Him ‘Faster Than Josh Hawley on January 6’ (Video)

The Nevada win eases some of the pressure on the Democrats to secure a U.S. Senate seat in Georgia, where Democratic Sen. Raphael Warnock and Republican Hershel Walker are headed for a runoff election Dec. 6.

Laxalt said the race most likely will come down to 20,000 to 30,000 early ballots that were dropped off in Clark County on Election Day.

“If they are GOP precincts or slightly DEM leaning, then we can still win,” Laxalt added. “If they continue to trend heavy DEM then she will overtake us.” 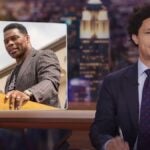