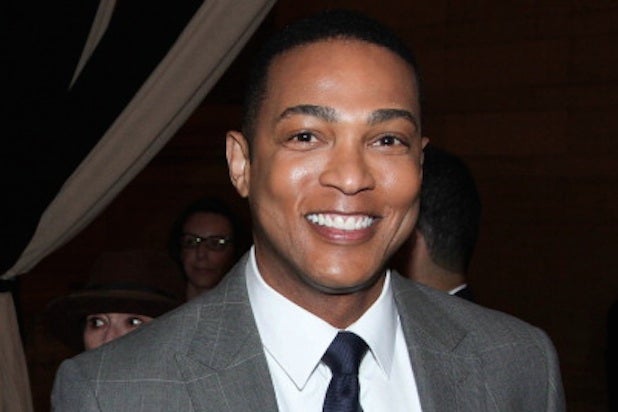 When CNN’s Don Lemon took issue with a Gawker post about one of his columns on the N-word, the site responded by refusing to correct its story — and instead published his emails of complaint.

What started as a discussion about the N-word has turned into one about whether Gawker overreached for the sake of a flashy headline, and did anything wrong by publishing emails the sender intended as private.

Lemon tells TheWrap he’d like to move on from the debate about Gawker, and get back to the discussion about “a toxic word.”

“The main reason I didn’t want my emails made public is not because I have anything to hide, (the professionalism of the emails speaks for itself) but because I didn’t want to distract focus from a very important story – the intersection of a pop star, culture, race and a toxic word. I didn’t think it would elevate the vibrant discussion it sparked. That’s more important than email exchanges between me and a few editors, one of whom is a friend. It was a very civil and valid discussion,” Lemon said in his email to TheWrap.

“Although I’d rather they had been kept private, I’m glad everyone got a bit of insight as to how the sausage is made,” he added.

In a column Thursday, Lemon said people who object to Justin Bieber‘s use of the N-word, years ago, should stop using it themselves.

“Very frequently I hear young people of all ages, in public, who can barely get through a sentence without using the word; even calling each other N-words — of all different ethnicities,” he said.

Despite Lemon’s mention of “all different ethnicities,” Gawker writer Jason Parham assumed Lemon was writing about African-Americans. Parham’s story about the column was headlined, “Moronic CNN Anchor Blames Black People for Bieber’s Use of Racial Slur.”

A provocative headline, to be sure, but also one Lemon considered completely inaccurate. He emailed Gawker, which refused to change its post.

“I assume your writer made an unfortunate leap without actually reading the article. I referenced all people of all races who use the word indiscriminately to rethink their use of it. It’s very plain in the article. All you or he has to do is read it,” Lemon wrote. Adding later: “And ‘moronic’? Was that really necessary?”

“Don, Jason quotes you directly saying “of all different ethnicities”–he’s aware of what you wrote,” replied Gawker editor Max Read. “It’s not a factual error, it’s a [sic] (accurate) reading of what you’re saying.”

Lemon said he wasn’t “interested in engaging in a discussion over a factually inaccurate assumption.” But by then the debate had sidetracked into another issue: Read said he would publish Lemon’s complaints, and Lemon asked him not to.

“Don, you can’t retroactively take these emails off the record,” Read wrote.

His boss, Gawker owner Nick Denton, backed him up in another email to Lemon.

“We don’t do off-the-record. It’s just doesn’t work any more. A waste of everyone’s time, including yours,” Denton said.

Reporters generally operate under the principle that anything anyone tells them is on the record, unless the person states ahead of time that it isn’t, and the reporter agrees.