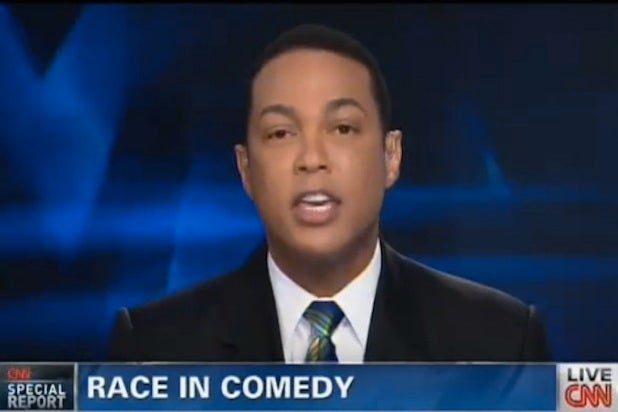 He also agreed with Jones that some African-Americans were overreacting.

“Leslie Jones responded by saying that black people were too sensitive sometimes,” he said. “In this case, she is right.”

Jones, who is six feet tall, joked during a routine that “back in the slave days” she would have been more sought after than Lupita Nyong’o. “I would be the number one slave draft pick,” she said.

Some on Twitter said the routine was offensive. Lemon disagreed.

“For almost all of last year, people were on a tear, complaining about diversity, asking where are the sisters on ‘SNL,'” he said. “And now that there are some on there, you complain about her material.”

“She shouldn’t have to carry the collective burden of all black people on her shoulders. She’s a comedian, not a civil rights worker,” he added.

“Leslie Jones, ignore the haters,” he concluded. “The loudest voices on Twitter aren’t necessarily the majority. Do your thing. Kick ass and take names.”