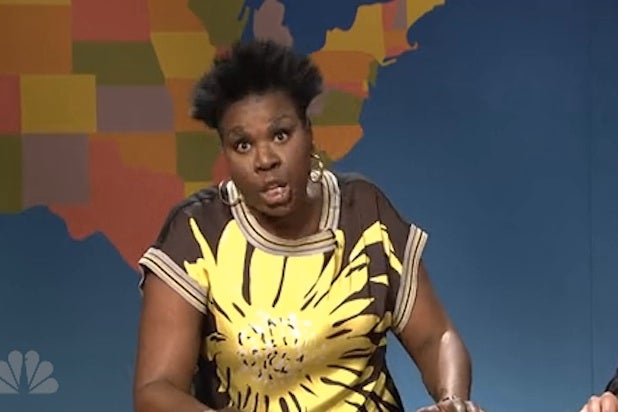 “Saturday Night Live” writer Leslie Jones was slammed by the senior editor of Ebony.com and many others after she delivered a string of racially charged slavery jokes during Saturday’s “Weekend Update.”

See video: Stephen Colbert Strikes Back at Asian Tweet Controversy: The Dark Forces Have Been Thwarted

The comedian was ribbing Lupita Nyong’o being named People magazine’s most beautiful person, saying she herself would’ve been the most sought after woman during the slave days.

Others chimed in to criticize Jones for her statements.

“If anybody should be offended is white folks cause it’s what they did,” Jones fired back on Twitter.

“Y’all so busy trying to be self righteous you miss what the joke really is. Very sad I have to defend myself to black people,” she added. “Now I’m betting if Chris Rock or Dave [Chappelle] did that joke or jay z or Kanye put in a rap they would be called brilliant. Cause they all do this type of material. Just cause it came from a strong black woman who ain’t afraid to be real y’all mad.”

An NBC representative has not yet returned TheWrap’s request for comment.