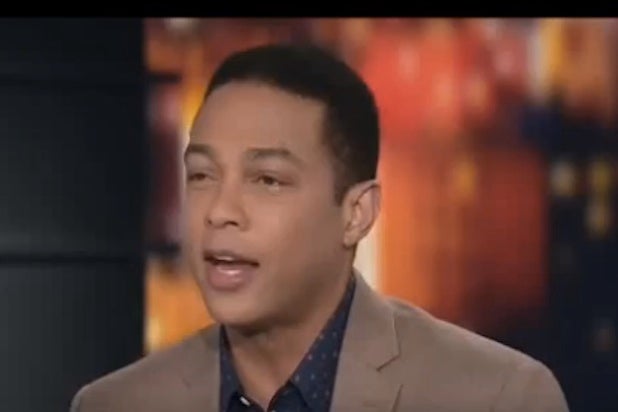 CNN’s Don Lemon stood up for KTLA reporter Sam Rubin who mixed up Samuel L. Jackson with Laurence Fishburne and explained that people would often mistake him for former CNN anchor TJ Holmes — and he even almost had Holmes pretend to be him for the segment.

“It’s true! I have Asian friends and they know every single distinction,” Burnett added.

“It’s not about race,” Lemon said. “You go to Brooklyn, everybody’s got a beard and plaid shirt. They may be able to tell each other part but they all look alike to me.”

Burnett revealed that people all the time say she looks like Emily Deschanel.

Despite his thesis that people of similar races look alike, he thought it should have been obvious who Rubin was interviewing.

“Someone’s who’s made over 70 movies, you probably should know their name by now,” Lemon said.

“Yes you should!” Burnett agreed.

“Sam Rubin is a great reporter too,” Lemon added.

Watch Lemon’s interview with Burnett below: