Dylan Farrow will appear in an upcoming episode of “The Drew Barrymore Show” to discuss “Allen v. Farrow.” The harrowing HBO docuseries explored Farrow’s allegations that her father, Woody Allen, sexually abused her as a child.

In a teaser released Thursday, the show promises an intimate conversation about the effect the doc has had on Farrow’s family since cameras stopped rolling.

The promotional clip begins with Farrow walking Barrymore through the process of notifying her family about the project and asking if they’d participate. 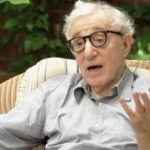 Also Read:
Woody Allen Lashes Out at ‘Foolish’ Actors Who Won’t Work With Him Again

“Gradually more and more of my siblings signed on and a few of them didn’t. And I’ve spoken to them about that too and I respect that decision as well. But I mean, in terms of family meetings, not really, but there was communication.”

“Interestingly,” Farrow continued, “the documentary has led to greater communication between us as a result, I think, which is interesting.”

This led Barrymore to inquire as to why Farrow was surprised they’d signed on. 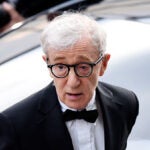 “I think mostly because and this is something that I think was mentioned in the documentary, that we never talked about it,” Farrow replied. “I mean, we wouldn’t talk about it to each other. So talking about it publicly it just seemed absolutely incomprehensible.”

Allen’s official statement described it as “a hatchet job riddled with falsehoods” and a “shoddy hit piece.”

Farrow’s full conversation with Barrymore will air Monday, May 17. 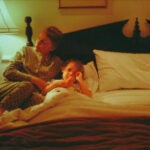