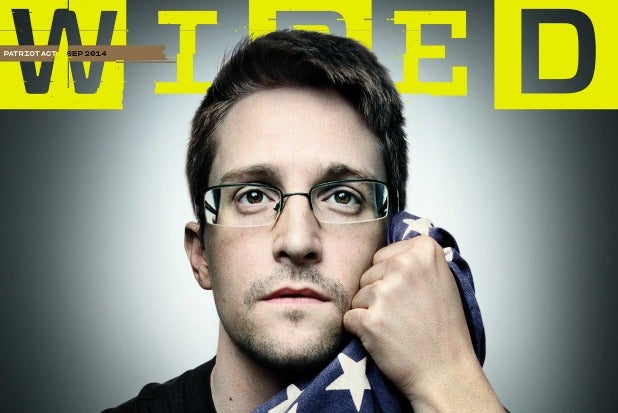 Wired scored an interview and cover story with National Security Agency whistleblower Edward Snowden, whose talk with the magazine included discussing a secret NSA program for answering cyberattacks.
James Bamford, a fellow NSA whistleblower who spent nine months trying to arrange an interview with Snowden, says he met him at a Moscow hotel and subsequently spent three days with him, more time than any other journalist. In an interview titled “The Most Wanted Man In the World,” Snowden told Bamford about a secret NSA program called “Monstermind” that Snowden said can detect incoming cyberattacks and counterattack with no human intervention.
Also read: NSA Leaker Edward Snowden Tells Brian Williams He’s a Patriot, Wants to Come Home (Video)
Snowden, recently granted permission to remain in Russia for three more years as he evades arrest in the U.S., said the program had vast potential for error, because attacks are often rooted through innocent third parties.
“These attacks can be spoofed,” Snowden told Bamford. “You could have someone sitting in China, for example, making it appear that one of these attacks is originating in Russia. And then we end up shooting back at a Russian hospital. What happens next?”
Also read: What the Government – and Google – Know About You (Video)
Snowden says he revealed government spying on U.S. citizens because he cares deeply about his home country. He appears on the cover of the magazine cradling an American flag.

“I told the government I’d volunteer for prison, as long as it served the right purpose… I care more about the country than what happens to me,” he said. “But we can’t allow the law to become a political weapon or agree to scare people away from standing up for their rights, no matter how good the deal. I’m not going to be part of that.”