Hip-hop superstars Eminem and Snoop Dogg will transform the 2022 MTV Video Music Awards stage for a first-of-its-kind performance of “From the D 2 The LBC,” inspired by the world of the Otherside metaverse.

MTV partnered with Yuga Labs to bring the performance to life, which marks the first collaboration between Eminem and Snoop Dogg — who are up for Best Hip Hop with “From The D 2 The LBC” — in more than 20 years. Otherside is a gamified, interoperable metaverse game that blends mechanics from multiplayer online role playing games and web3-enabled virtual worlds. Yuga Labs is a blockchain technology company that develops NFTs, digital collectibles and looks to leverage web3 formats for innovative storytelling.

The 2022 VMAs will be the first time Eminem has performed at the ceremony in 12 years. His last appearance came in 2010 when he performed the songs “Not Afraid” and “Love the Way You Lie.” The 60-time nominated rap star is the second-most nominated artist in VMAs history, trailing only Madonna (69). Eminem has won 13 times, making him one of five biggest winner in the show’s history. 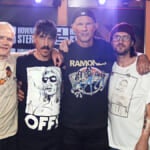 Snoop Dogg will perform for the first time on the VMAs stage in 17 years, last performing with Diddy on a Notorious B.I.G. track in 2005. The 13-time nominee has won three times including his first year nominated for Best Rap Video (1994) with “Doggy Dogg World.” 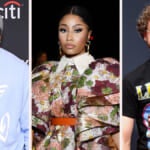