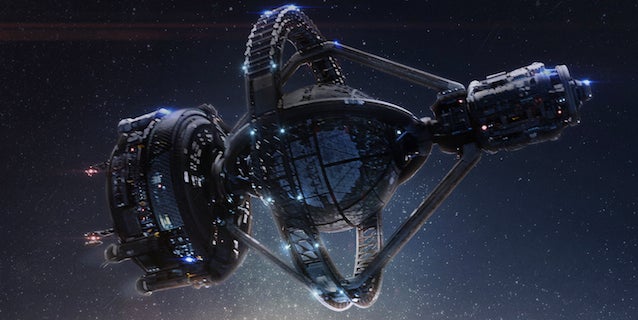 Watch out, Earth! Aliens are invading any second now…

Three new posters for Summit Entertainment's "Ender's Game," an adaptation of Orson Scott Card's 1985 science fiction novel of the same name, urge citizens to get ready to fight because "the next invasion is imminent."

The film, directed by Gavind Hood ("X-Men Origins: Wolverine"), picks up 70 years after humanity fought off an invasion of aliens called Buggers. Asa Butterfield ("Hugo") stars as Ender Wiggin, an unusually gifted child sent to an advanced military academy in space to prepare for another invasion.

Three futuristic propaganda posters from the International Fleet — the global governing body in the movie — rally citizens to prepare for the coming war with slogans including "Protect the Earth," "Never Again," and "Join the Next Generation of Heroes"

Take a peek at the posters below: