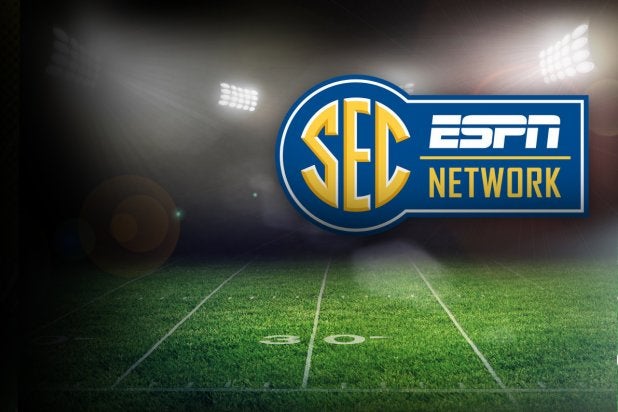 DirecTV and ESPN have entered into an agreement that will see the satellite TV provider carry the new SEC network from its launch on Aug. 14.

The new network will focus on the Southeast Conference and its college football fanbase, premiering its first game on Aug. 18 when #20 Texas A&M faces off against #9 South Carolina. The SEC Network will feature 45 exclusive SEC games this upcoming season.

“Our agreement with DirecTV continues to push the SEC Network towards one of the most successful network launches when it debuts on August 14,” said Sean Brean, Disney and ESPN Media Networks senior vice president affiliate sales, in a statement. “We’re proud to deliver the SEC Network nationwide via DirecTV in advance of the Texas A&M and South Carolina game later this month.”

ESPN touts that the SEC has seven teams ranked in the top 25, ensuring competitive and exciting college football on the network. According to a statement, “the network will also serve as an all-access pass to nationally competitive events, news and information, expert analysis, classic games and in-depth features on the most storied conference in college athletics.”

Also read: ‘The View’s’ Whoopi Goldberg on NFL, ESPN Domestic Violence Flap: ‘Don’t Be Surprised If You Hit a Man, He Hits You Back’

“With opening day now firmly in sight, we are happy to count DIRECTV, the country’s largest satellite provider, among our many distributors for the SEC Network,” said SEC commissioner Mike Slive in a statement.

DirecTV’s chief content officer Dan York added, “The depth of SEC competition and the quality ESPN brings to game production and complementary programming makes SEC Network a valuable addition to our sports programming lineup, and we’re excited to bring it into our customers’ homes and on their devices.”

The network has not yet reached deals with Verizon FiOS or Charter Communications, though the latter is finalizing a deal, according to the St. Louis Post-Dispatch.

The SEC Network is a result of a 20-year agreement signed between ESPN and the Southeastern Conference to create a multiplatform network.