I find it very easy to picture whoever opens the last envelope at the Kodak Theatre saying, “And the winner is … ‘Avatar.’”

Considering that I’ve been predicting a “Hurt Locker” victory, that’s not a good sign. But I’m going to ignore it, and stick with my prediction that Kathryn Bigelow’s will be the last film standing.

But I have changed my pick for cinematography, where I’ve been persuaded that the pervasive ambivalence about “Avatar” that I saw among voters at the American Society of Cinematographers awards probably won’t exist within the Academy at large. So I’ll reluctantly take that one out of the “Hurt Locker” column.

In categories like Best Picture and Original Screenplay, meanwhile, I wonder if my affection for one film is blinding me to the realities of the race – but despite the fact that I know it’s foolhardy to make predictions based on wishes, I’m sticking to my guns.

So here are my final, slightly revised, this-time-I-really-mean-it Oscar predictions. I feel pretty secure on about a dozen of them, and much less so on at least 10. 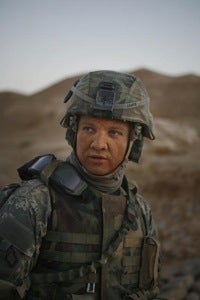