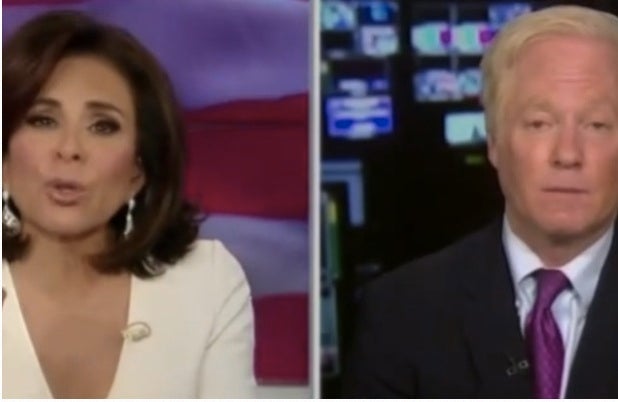 Fox News host Jeanine Pirro will issue a correction Saturday for a segment in which a guest said there are countries with “no-go zones” for non-Muslims, Fox News confirms to TheWrap.

“In Britain, it’s not just no-go zones, there are actual cities like Birmingham that are totally Muslim where non-Muslims just simply don’t go in,” executive director of the Investigative Project on Terrorism Steve Emerson said on Fox News’ “Justice With Judge Jeanine” Saturday.

“You know what it sounds like to me, Steve?” Pirro said in response. “It sounds like a caliphate within a particular country.”

The comment led to a social media uproar, with the hashtag #foxnewsfacts trending for days spearheaded by users mocking the network.  It also led to another Fox News rant by Russell Brand, where he compared Fox News to the terrorists that attacked Charlie Hebdo.

Of the three cable news networks, Fox News was the only channel to show images of the new Charlie Hebdo cover — featuring the Prophet Muhammad — this week. CNN and MSNBC both implemented a policy of not showing the satirical magazine’s cartoons.

As TheWrap reported, anchors at both CNN and MSNBC spoke out against their networks’ decision to refrain from showing images. On MSNBC, Chris Hayes, Lawrence O’Donnell and Rachael Maddow expressed their opposition; of the three, Maddow was the most subtle while Hayes and O’Donnell explicitly voiced their opposition on their respective shows.

CNN chief international correspondent also spoke up behind-the-scenes at a company-wide town hall Thursday, telling network President Jeff Zucker she disagreed with the decision not to show the cartoons.

“Zucker did acknowledge that the two disagreed,” the insider said, adding that Amanpour recounted the history of Muhammad as part of the exchange.