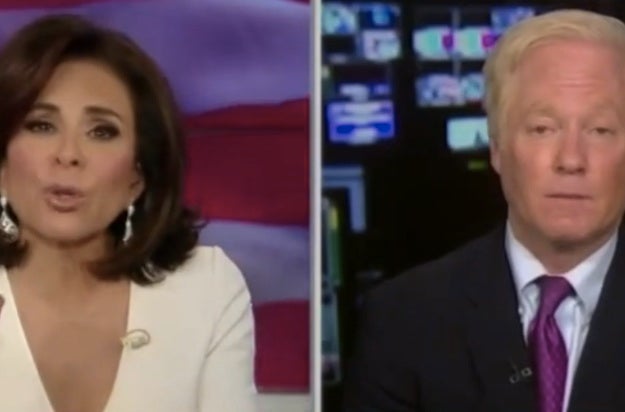 “Last week on this program, a guest made a serious, factual error that we wrongly let stand unchallenged and uncorrected,” Pirro said. “The guest asserted that the city of Birmingham, England is totally Muslim, and it is a place where non-Muslims don’t go. Both are incorrect.”

Pirro noted her team found no credible evidence to support the claim that Birmingham is a supposed “no-go” zone for non-Muslims.

“We deeply regret these errors and apologize to the people of Birmingham, our viewers, and all who’ve been offended.”

A Fox News segment about the Charlie Hebdo and subsequent attacks sparked a social media hashtag that has been a top trender on Twitter for two days.

#foxnewsfacts has been going strong following a Saturday segment where the network’s Jeanine Pirro interviewed a terrorism expert on supposed “no-go zones” where only Muslims live in France and other countries.

“In Britain, it’s not just no-go zones, there are actual cities like Birmingham that are totally Muslim where non-Muslims just simply don’t go in,” executive director of the Investigative Project on Terrorism, Steve Emerson, said on Fox News’ “Justice with Judge Jeanine.”

“You know what it sounds like to me Steve?” Jeanine Pirro said. “It sounds like a caliphate within a particular country.”

What ensued after was an all-out satirical social media assault on Fox News.

Terrifying photo of how a typical Muslim from Birmingham guards the city gates against infidels. #foxnewsfacts pic.twitter.com/w1TJt93VEi

A Muslim pissed of Queen during interview by telling her to do good deeds at this age. #FoxNewsFacts pic.twitter.com/1ri4gkV7y3

All post boxes in #Birmingham have been forced to wear red burqas. #foxnewsfacts pic.twitter.com/gUaPMs23ZR

Emerson has since apologized, issuing this statement to The Telegraph:

You may quote me on this as I will be posting this and taking out an ad in a Birmingham paper. I have clearly made a terrible error for which I am deeply sorry. My comments about Birmingham were totally in error. And I am issuing an apology and correction on my website immediately for having made this comment about the beautiful city of Birmingham. I do not intend to justify or mitigate my mistake by stating that I had relied on other sources because I should have been much more careful. There was no excuse for making this mistake and I owe an apology to every resident of Birmingham. I am not going to make any excuses. I made an inexcusable error. And I am obligated to openly acknowledge that mistake.

PS. I intend to make a donation to a Birmingham charity.

Watch the segment that sparked the social scorn below.