Fox has given a series order to the half-hour comedy “Pivoting” starring Eliza Coupe, Ginnifer Goodwin and Maggie Q, the network said Monday.

The single-camera comedy, written by “2 Broke Girls” and “The Conners” alum Liz Astrof, follows three women after the death of their childhood best friend. Faced with the reality that life is short and in a desperate attempt to find happiness, they make a series of impulsive, ill-advised and self-indulgent decisions, strengthening their bond and proving it’s never too late to screw up your life. 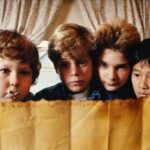 “Pivoting” joins a growing lineup of new series set to air on Fox next season. It joins the country music drama “Monarch,” the mob drama “The Cleaning Lady,” the Scott Foley-led “The Big Leap,” Fox’s “Fantasy Island” reboot, “Our Kind of People” and “This Country.“