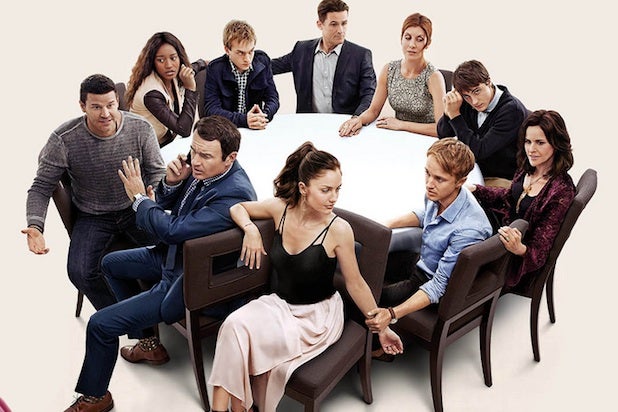 “I’ve been doing a lot of big, big shows, but I love the exercise of getting two or three good actors in a room together and thinking about the acting,” Petrarca, whose directing credits include “Big Love,” “True Blood,” “Political Animals” and “Dawson’s Creek,” told TheWrap.

“I love when things are really stripped down and really about the acting and the text,” he continued. “It is a nice diversion to get away from spectacle, size and scope. I love that stuff, too, don’t get me wrong, but it’s nice to go the other way and find the drama in the simple and kind of investigating small moments between the people.”

Each episode of “Full Circle” focuses on two people with one moving into the next episode into a new situation and partner.

Over two episodes, Petrarca worked with Billy Campbell and Kate Walsh as married parents of Devon Gearhart’s character. Cheyenne Jackson adds some tension on Wednesday’s episode as a piano player who can’t help butting into Campbell and Walsh’s characters’ romantic dinner. But, the piano player’s reason for doing so isn’t quite clear.

“A lot of the time it’s making sure there is inherent tension and drama going on. You don’t always need to know exactly what it is,” Petrarca explained.

“Part of it is hopefully some of that drama happens in your own head,” he continued. “You find yourself going through possibilities of what this means or what is really going on and so you can become an active participant in the drama. So, the obliqueness helps feed into making the viewer feel a part of the experience in a slightly different way.”

Petrarca was just one of many directors who signed on to the series without knowing which episodes they’d work on and a day to shoot each episode, including Mimi Leder (“Smash,” “Shameless,” “ER”), Craig Zisk (“Weeds,” “Parks & Recreation”), Daisy Mayer (“Nurse Jackie,” “Mad Men,” “Some Girls”), Sanaa Hamri (“Nashville,” “Shameless”) and Nick Hamm (“Rogue”).

“Process-wise, all the directors got in a room at the beginning and we had an initial meeting, where we tossed around our basic instincts and ideas on how to approach this giving the limited time we had to do this,” he explained.

“For me, it was kind of in my wheelhouse, so I was very comfortable in that world with two actors talking,” he continued. “And kind of shaping that performance and letting the camera work come out of a way of reflecting and refracting the acting choices. We all got together in a room and we talked about some big ideas about design, some big ideas about style, but then each director was able to go off on there own and within that context of the limitations we had, find their own kind of voice and stamp within that.”