Their long-running series “I’ll Fly Away” and “Profiler” may have gotten more critical buzz, but Sander/Moses Productions’ “The Ghost Whisperer” is finishing up its fourth year on CBS, having earned hit status in a difficult Friday night slot. Executive producer Kim Moses, who runs the show with husband and creative partner Ian Sander and P.K. Simonds, talked with Eric Estrin about mixing politics and entertainment and never giving up on her dream.

After high school, I went to work in the sports-information office at Notre Dame. At that time — at the end of the Ara Parseghian era — Notre Dame had nationally prominent football and basketball teams. There was a lot of attention on the university, a lot of controversy, and we had the networks coming through with all their reporters. So I slowly but surely got some experience with all the networks, which gave me my first connection to the entertainment industry 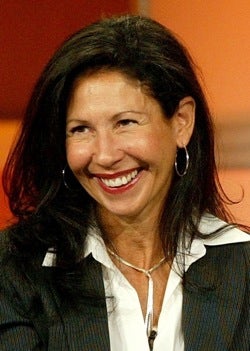 When I left school, I wanted to try something different, because all I had ever known was sports. I was fortunate to get a job in Washington, D.C., as the legislative assistant for the congressman who represented my district back in Pennsylvania. I ended up working in Washington for seven years and traveling all around the word. At the same time, whenever Congress would go into hiatus, I would go and work for the networks.

I was doing a lot of professional football; I worked for the NFL, did seven of the Super Bowls. I did the Los Angeles and Sarajevo Olympics. I had like a bifurcated career — I was kind of going back and forth, working full time in Congress and part time with all of these events.

When I went to the Los Angeles Olympics, it just struck me — by melding all of the experiences I’d had, if I went into that part of the entertainment industry, I could use everything I’d learned and all the contacts I’d made. So I went back to Washington and told my boss that I was leaving.

I sent out a bunch of letters to people who were running companies in Los Angeles and New York, and one of them was Don Ohlmeyer — he had graduated from Notre Dame, so I said that, you know, I’d like to come and work for him.

I waited for a while but didn’t get a response — and then this phone call came from out of the blue. The guy worked for Ohlmeyer, and he said, If you can move congressmen around the world, you can certainly move talent — you’re hired. So I went to New York, practiced riding the subway for three days and went in to work for Ohlmeyer.

I worked on a Bicentennial event that was shot at the Meadowlands. I helped pull things together for the show; it was a big extravaganza — part live and part on tape.  And then I came out to L.A. to work on the MTV Awards and the Emmys.

There was a guy working across the hall from me here, Ian Sander, and he was producing a television movie for Ohlmeyer. I wanted to try that format, too, so I brought him a story called “Stolen Babies.” We ended up making that movie, and it was successful and won some Emmys. That launched our company, Sander/Moses, and Ian and I eventually married.

I didn’t graduate from college until later, at Georgetown, when I was working in Washington. I had to go work full-time to support myself. At one point, when I wanted to go into news and entertainment, I was interviewing with a guy from CBS in New York. He said to me, “You will never work at CBS because you don’t have a college degree.”

And now here I am, running a show for CBS.