Google’s parent company Alphabet has announced layoffs that will affect 12,000 employees, as CEO Sundar Pichai revealed in a blog post on Friday while acknowledging an economic downturn that has also prompted multiple other tech and media companies to gut their workforces.

“Over the past two years we’ve seen periods of dramatic growth,” Pichai wrote. “To match and fuel that growth, we hired for a different economic reality than the one we face today.”

Despite the gloomy tone in the beginning, Pichai writes that he remains “confident about the huge opportunity” ahead, touting “the strength of our mission, the value of our products and services, and our early investments in AI.”

Pichai said the layoffs were implemented after “rigorous review across product areas and functions” and would “cut across Alphabet, product areas, functions, levels and regions.”

The layoffs amount to 6% of Alphabet’s workforce. 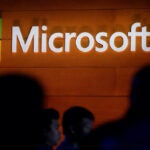 Also Read:
Microsoft to Lay Off 10,000 Workers in Cost-Cutting Measure

For U.S.-based employees, Alphabet’s severance package starts at 16 weeks salary and two weeks for every additional year at Google, plus acceleration of at least 16 weeks of GSU vesting. In addition to paying out bonuses and remaining vacation time, Alphabet will provide six months of healthcare, job placement services, and immigration support.

During “difficult economic cycles,” Pichai said the company would “sharpen our focus, reengineer our cost base, and direct our talent and capital to our highest priorities.” He also added that “being constrained in some areas allows us to bet big on others. Pivoting the company to be AI-first years ago led to groundbreaking advances across our businesses and the whole industry.”

Doubling down on artificial intelligence (AI), the CEO also teased that Alphabet is preparing to introduce “entirely new experiences” for users, developers and businesses, adding that the company would do it “boldly and responsibly” under his watch.

Also Read:
I Asked ChatGPT to Write a Movie, a TV Episode and a Country Song – Here’s What It Can and Can’t Do
x