Despite the fact that HBO’s “Game of Thrones” prequel “House of the Dragon” and Amazon’s massive “Lord of the Rings” series debuted around the exact same time, and have been airing concurrently for weeks, “House of the Dragon” showrunner Ryan Condal sees no rivalry between the two. In fact, in his mind, the more well-made high fantasy the better.

“I’m a huge unapologetic Tolkien fan,” Condal told TheWrap as part of our exclusive interview showcasing Condal and his work on “House of the Dragon” as part of our 2022 Innovators List.

“I read ‘Lord of the Rings’ and ‘The Silmarillion’ and ‘The Hobbit’ multiple times growing up, I saw the Peter Jackson movies multiple times in the theaters. I love all that stuff, I love high fantasy, and frankly I want to live in a world where there’s room for all of these things to exist if they’re good. I think the need for more well-made expensive science-fiction/fantasy on television is what all of us nerds want.”

More to the point on the rivalry front, Condal doesn’t see a world in which higher ratings for one show means lower ratings for the other. 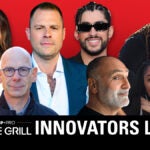 “I don’t think that somebody watching ‘Rings of Power’ means they’re not watching ‘House of the Dragon,’ I don’t see it that way,” he continued. “I see one feeds the other, and I think the more good quality genre entertainment on television, the more it’s gonna draw in the general public who might not be so predisposed to watching this.”

Condal, who has shepherded the acclaimed and highly viewed launch of the first season of “House of the Dragon,” pointed out that when its predecessor show first launched, it was a very different time.

“We have to remember back to when ‘Game of Thrones’ aired, there was a lot of resistance around sort of ‘normies’ watching that show because they thought it was silly or goofy, but they got sucked in by the adult way in which George [R.R. Martin] and David [Benioff] and Dan [Weiss]  told the story, the surprising turns of it, the way it actually turned fantasy on its ear,” Condal explained. “George, as a huge Tolkien fan, actually takes a lot of Tolkien’s – they weren’t tropes when Tolkien wrote them, but they became tropes over the decades when everybody else tried to ape Tolkien and turned them on their head and surprised people in a way, and that’s what drew people into the show.”

Condal says in 2022, fantasy is far more mainstream. Just look at how proudly people proclaim their fandoms these days.

“People are much more willing now in 2022 than they were in 2011 to put a Targaryen flag on the back of their car or to admit that they watch the show at the watercooler at the hedge fund or whatever it is,” he said. “This has made fantasy mainstream and I think the more of these good, high-quality shows that come along make fantasy more mainstream. And then it makes a bigger audience, it means more of these shows can be made and be made in an interesting way that’s not just popcorn mass entertainment, it’s something with something hopefully interesting to say.”

And not for nothing, but the investments of HBO and Amazon into these two respective series have been massive, which have made the quality of “House of the Dragon” and “The Rings of Power” that much better.

“As we know, these shows are not cheap to make, and they’re dangerous ventures because you have to invest a lot of money up front to figure out if it works or not,” Condal explained. “We want studios in a willing-to-take-risk mode, we don’t want them in a risk-averse mode, because that’s where good art comes from.”

Check out our full interview with Condal as part of our Innovators panel. 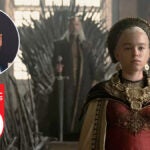