So I’m staring at the Oscar best-picture ballot I have but obviously can’t use, and I’m mulling over the fact that if you write about movies and pass judgment every so often, it’s in the charter that you have to come up with a Top 10 list …

And it occurs to me that I’ve got the perfect gimmick, sorry, I mean method, to present my Top 10 list: I’ll fill out an Oscar ballot!

So here it is. If I had a vote, this would be my Oscar ballot. 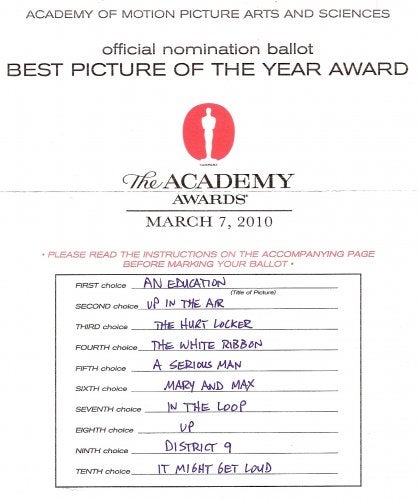 And before I get into commenting on the list, a few words by way of introduction.

Most years, I get to the end of the year with a clear idea of what my favorite movie has been. In 2005, for instance, there was no question: it was Terence Malick’s “The New World.” In 2006, I vacillated between “Children of Men,” “Pan’s Labyrinth” and “The Lives of Others.” In 2007, it was Todd Haynes’ Bob Dylan fantasia “I’m Not There” in a squeaker over another music-themed film, “Once.” Last year, if I had to pick one film it probably would have been “The Wrestler” or “In Bruges.”

But this year … well, 2009 is tricky. I can easily come up with 20 films I thought were worthy of consideration in a Top 10, but picking the best one falls somewhere between difficult and impossible.

But choices must be made. So I’ll separate them into groups. 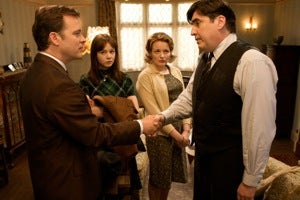 I know these are my three favorites, but the order in which I’d rank them changes daily. For now, I’ll put Lone Scherfig’s lovely coming-of-age story in the top spot despite a too-pat ending, simply because Nick Hornby’s warm, knowing script and Carey Mulligan’s luminous performance cast a spell every time I see it.

I understand why the great expectations caused by early raves have caused some people to call “Up in the Air” underwhelming, but for me the film is just casually, quietly right, with a tone that really does capture something essential about these tough times.

And “The Hurt Locker” is tough, tense, virtuoso filmmaking that immerses you in an alien landscape and makes you feel it in a way that that big picture from Kathryn Bigelow’s ex-husband never quite did for me.

(Okay, “Avatar” boosters, here’s the deal: I was dazzled but not moved. Yes, I’ve heard that griping about the story in “Avatar” is like complaining that you don’t need to climb Mount Everest because people have taken pictures … but I feel more like I went with James Cameron to the summit, and I have a right to complain that the Sherpa was saying stupid things to me all the way up the mountain.) 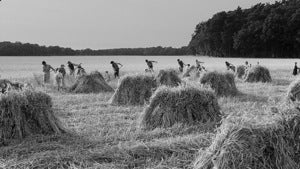 Right behind those three, I’d place these two:

The first is gorgeous, placid and deeply disturbing; the latter is so black and vicious that I hated it until close to the end, when I decided it was brilliant. I’d love to put Michael Haneke and the Coen Brothers in the corner of a bar and see where the conversation took them, except that they’d probably sip their drinks and say very little. 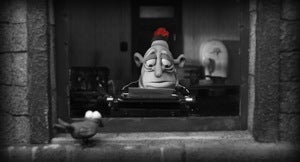 6. “Mary and Max” (right)
I’m still convinced that if enough voters get a look at this weird, wicked Australian claymation feature, it’ll get an Oscar nod for best animated feature. But I’m afraid that not enough voters will get a look at one of the year’s strangest and funniest films.

7. “In the Loop”
A British take on the lead-up to the Iraq War makes an art form out of profanity, and steamrolls story qualms in a barrage of deliciously foulmouthed insults, double-crosses and gleeful humiliations.

8. “Up”
No studio has had the run of quality that Pixar has over the past 15 years, and their latest somehow manages to encompass the year’s saddest, loveliest opening sequence (the wordless marriage montage) and the most iconic animated character (a talking dog named Doug).

9. “District 9”
Here is a hard-and-fast rule of summer action movies: they never feel fresh and original and new. But this one did, in a way that “Star Trek” and even “The Dark Knight” didn’t to me. Go figure. 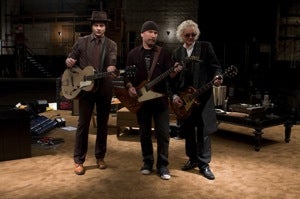 10. “It Might Get Loud“ (left)
My pure-pleasure entry, a music documentary that doesn’t tug at your heartstrings like “Anvil!” but gets to the heart of the creative process and makes one hell of a wonderful noise along the way.

Other strong contenders include “Inglourious Basterds,” long and ragged and really damn entertaining; the foreign films “A Prophet,” “Terribly Happy” and “The Secret in their Eyes”; “Avatar,” for its nerve and visual brilliance but not for its script; “The Road,” unrelenting and bleak and beautiful; and two flawed films that I nonetheless found haunting, “The Lovely Bones” and “Where the Wild Things Are.”