Cannes finally turned interesting on Monday with the debut of a piercing work by Alejandro Gonzalez Inarritu, “Biutiful,” starting Javier Bardem in a performance that left audiences in tears and applause. 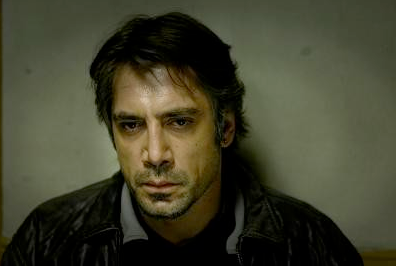 The film tells the story of a Spanish man, Uxbal, navigating a sordid world of poverty, corruption and immigrant desperation. Uxbal tries to feed his children as a dealer in street contraband, and offers up his gift for speaking with newly departed spirits to families in pain.
There are many of those in the film.
Like all Inarritu films (“Babel,” “Amores Perros”), “Biutiful” is a complex tapestry of stories and characters. The filmmaking is angry, outsized, full of fast cuts and amplified sounds. And like the auteur’s previous works, the film engages myriad characters across intersecting storylines that cut to the heart of the human condition.
Bardem’s Uxbal is heart-rending; he speaks little in the film but his lined and haggard face conveys a universe in pain. His story takes the audience through the riotous clash of cutures in the poverty-stricken El Raval neigbhorhood of Barcelona, where Chinese workers in sweat shops sleep in unsafe basement hideouts, and Senegalese street vendors spend their days ducking the police.
Uxbal’s wife (Marical Alvarez) is a bipolar mess, and to turn the story into a ticking time bomb — he has cancer.
It is a bleak world in which Uxbal’s rare humanity is constantly at risk, a parable for the angry, hellbent society that Innaritu portrays with such intensity.
At a news conference on Tuesday, Inarritu argued with journalists who said the film was terribly bleak.
“It’s a Greek tragedy, or like the book of Job,” he said. “(Uxbal) is trying to navigate against the will of God. I think the guy is full of light. 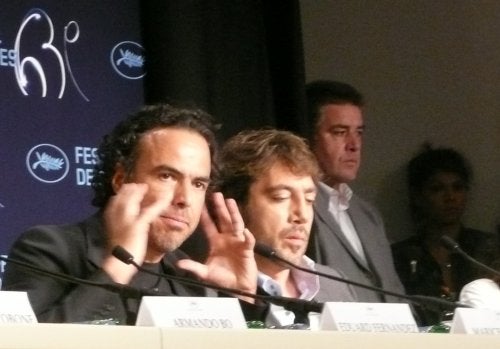 “In a world of tweeting and emailing, what separates us as society is intimacy – this film is intimate,” he continued. “Society is really sick. We are so far away from each other…. The disease that is killing us is hate. And this character is the opposite – he shows tenderness to the people around him.”
To play Uxbal, Bardem wrote a book’s worth of notes about Uxbal, then left them behind once the cameras began to turn. “My proposal was to be someone surrounded by exploitation and corruption, and how that creates disease in society, and in himself,” he said.
“For a person driven by the need to survive in that world, he gets this last news he has to face. The only thing I wanted was to portray someone who doesn’t want to lose that last breath of health, which is love, for himself.”
Death, the writer-director said, is increasingly on his mind.
“Like anyone, you grow, you question yourself,” said Inarritu. “You realize how close you are (to death); you already have the clock ticking. These fears, questions are things I can just answer by making films.”
In fact, Inarritu said, “I think is my most hopeful film.”
Read full Cannes coverage at Report From Cannes  and WaxWord Cannes.