“Avatar” showed off its muscle at the Oscar nominations, but “The Hurt Locker” stood toe-to-toe with its biggest competitor and held its own.

As expected, James Cameron’s sci-fi blockbuster landed the most nominations, with nine – but in a slightly unexpected show of strength, Kathryn Bigelow’s Iraq drama landed the same number of nods from Academy voters, cementing the fact that this year’s Oscar race has come down to a two-film competition between former spouses. 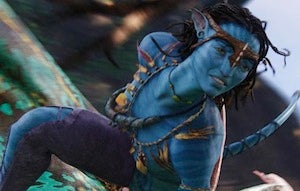 Overall, the surprises sprinkled among the nominations were modest. It’s mildly surprising that Clint Eastwood’s “Invictus” didn’t make the expanded Best Picture lineup, although the film did receive acting nods for Morgan Freeman and Matt Damon. 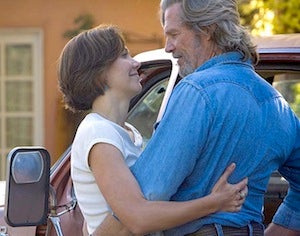 Maggie Gyllenhaal is something of a surprise in the Supporting Actress category, and proof that support for “Crazy Heart” goes beyond Jeff Bridges’ performance. (The film also received a nomination for the song “The Weary Kind.”)

And the writers branch, as usual, found room for a couple of dark-horse candidates, the profane British comedy “In the Loop” in the Adapted Screenplay category, and the tough wartime drama “The Messenger” on the Original Screenplay side.

Who was snubbed? Eastwood, perhaps, though his film’s status as sure-fire Oscar bait began to recede as soon as it started screening. Tom Ford’s “A Single Man” took a nomination for Colin Firth’s lead performance, but it didn’t show up in any other categories, including a notable snub for Julianne Moore in the Supporting Actress category.

"(500) Days of Summer," considered a dark-horse Best Picture candidate and a likely screenplay nominee, was shut out; so was the raucous comedy "The Hangover," which won Best Movie – Comedy or Musical at the Golden Globes.

And on the tech side, Michael Bay’s “Transformers: Revenge of the Fallen” fared far better at Monday’s Razzie nominations. It did pick up one nomination for Sound Mixing, but failed to land one of the three nods for Visual Effects, losing out to the lower-tech (and significantly lower-budget) effects of “District 9.” 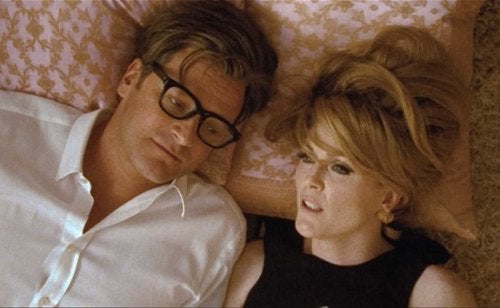 Foreign-language film voters proved that World War II is no longer an automatic ticket to the Oscars, overlooking the Netherlands’ resistance drama “Winter in Wartime” for the moodier Peruvian entry, “The Milk of Sorrow.”

The other nominees in the category – France’s “Un Prophete,” Argentina’s “El Secreto de Sus Ojos,” Germany’s “The White Ribbon” and Israell’s “Ajami” – are all critically-acclaimed films, giving the category a strong, solid lineup that should avoid any of the controversies that often plague the Oscar foreign-language race.

Animated Feature voters threw one offbeat choice into the mix, opting for the French/Belgian/Irish production “The Secret of Kells” over more mainstream fare like “Cloudy with a Chance of Meatballs,” or the Sundance favorite “Mary and Max,” or the critically acclaimed "Ponyo." (The other four choices – “Up,” “Coraline,” “Fantastic Mr. Fox” and “The Princess and the Frog” – were expected.) 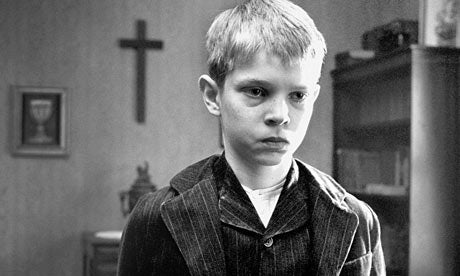 Sony Pictures Classics and the Weinstein Company led distributors with 13 nominations each, though Weinstein got its with three films (“Basterds,” “Nine” and “A Single Man”), while Sony Classics had eight different nominees.

In the Best Original Song category, where the choices impact the entertainment on the Oscar show, the music branch threw producers Adam Shankman and Bill Mechanic a couple of curveballs.

In place of the uptempo "Nine" song "Cinema Italiano," voters opted for a better but less show-stopping number from the same movie, the dramatic ballad "Take It All."  The producers had reportedly planned to bring in "Nine" director Rob Marshall to stage a lavish "Cinema Italiano" number if it landed a nomination, but "Take It All" will clearly require something less flashy.

The other song nominations include "The Weary Kind," from "Crazy Heart," which Shankman has already said will be staged simply; two Randy Newman songs from "The Princess and the Frog," "Almost There" and "Down in New Orleans"; and "Loin de Paname," a slinky number in French from the little-seen "Paris 36."

As for the expansion to 10 Best Picture slots, the move did appear to bring more moneymaking films into the mix. Although the sci-fi hit “Star Trek” did not land a Best-Pic nomination – its four nods were in the makeup, sound and visual effects categories – five of the 10 nominees are significant boxoffice hits: “Avatar,” “Inglourious Basterds,” “The Blind Side,” “District 9” and “Up.”

Overall, the nominations affirmed which films are indeed the frontrunners, without any film’s technical nods skewing the numbers. “Avatar” and “The Hurt Locker” (nine nominations each) stand atop the list, followed by “Inglourious Basterds” (eight) and “Up in the Air” and “Precious” (six each).

Not only are those the five most-nominated films, but those are the five whose directors received nominations. In other words, the entire Academy membership may have selected 10 Best Picture nominees, but they also affirmed with their votes who the top five really are.