The future of the DC universe has been in flux for months, with “Aquaman 2” at one point poised to feature a cameo from Michael Keaton’s Batman until reports swirled that the cameo was being jettisoned (a consequence of the scrapped “Batgirl” movie co-starring Keaton) in favor of Ben Affleck’s Batman for more universe cohesion. But Jason Momoa seemed to suggest to TheWrap that Keaton’s scenes as Batman could still potentially be on the table.

Speaking with TheWrap at the 2023 Sundance Film Festival in support of the documentary “Deep Rising,” which he narrated and produced about the environmental dangers and impact of deep-sea mining, Momoa was asked what it was like filming scenes with Keaton’s Batman.

“I shot with a couple different Batmans, but you just don’t know what’s going on and we’ll see what the end product is,” Momoa replied coyly.

When asked how he felt about his recent meeting with Gunn and Safran to talk about the future of the “Aquaman” franchise, Momoa seemed to address rumors that he could end up playing the DC character Lobo in addition to Aquaman. 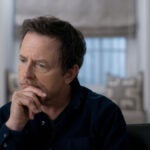 “[I’m feeling] really f—king good. Aquaman’s not going anywhere so it’s alright,” he assured fans. “Everything’s gonna be good, we’re still here and then I might be dipping into some other things too.”

The actor was also forthcoming when asked if “Aquaman 2” would feature the return of the drumming octopus, a fan-favorite blink-and-you’ll-miss-it character from the $1 billion grossing first film.

“Oh yeah. He’ll be back alright,” Momoa promised. “But it’s hilarious. It’s wonderful. You’re gonna love it. This moment, I want you to remember that you asked me. It might be one of the funniest moments of the whole movie.”

Speaking about “Aquaman and the Lost Kingdom” as a whole, Momoa talked about creating and writing the story for the film, and why he felt passionate about steering clear of some otherworldly threat.

“It’s really a journey with the brothers. Patrick Wilson is phenomenal and there’s just a lot of themes that are going on in it,” he said. “What I wanted to do was not have some alien force that’s trying to attack us. It’s not gonna be something that’s from an outer world. It’s all about what we’re doing to our planet, and we’re expediting what’s gonna happen when you melt the caps. It’s our future. You’re seeing it happen right now.”

Indeed, Momoa’s passion and activism is on full display in “Deep Rising,” which premiered at the Sundance Film Festival on Friday night.

“Aquaman and the Lost Kingdom” finds James Wan returning to the director’s chair, but uncertainty about future DC films abounds now that Gunn and Safran are in charge. Patty Jenkins is no longer directing “Wonder Woman 3,” and fans are curious to see how and if upcoming films like “The Flash” and “Blue Beetle” fit into Gunn and Safran’s multi-year plans for an interconnected (and unified) DC universe across film and television.

Time will tell how all of this shakes out, but according to Momoa, Aquaman fans need not worry.

TheWrap’s Portrait and Video Studio at The Music Lodge during the 2023 Sundance Film Festival is sponsored by NFP along with support from Sylvania and HigherDOSE. 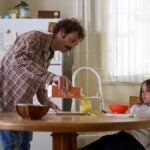