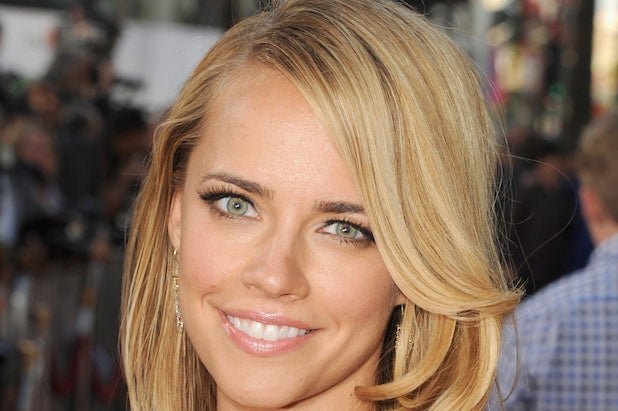 “Ted” actress Jessica Barth has closed a deal to reprise her role as the titular teddy bear’s girlfriend/co-worker Tami-Lynn in Universal and MRC’s sequel “Ted 2,” TheWrap has learned.

In the first film, Barth played a cashier who falls for Ted’s unique charms and later clashes with Wahlberg’s girlfriend, played by Mila Kunis. She also pulled off a convincing Boston accent, which can be difficult for some actors.

MacFarlane is directing “Ted 2” from a screenplay he co-wrote with frequent collaborators Alec Sulkin and Wellesley Wild. He’s also producing with Bluegrass Films’ Scott Stuber, as well as John Jacobs and Jason Clark.

“Ted” was the highest-grossing original R-rated comedy of all time, and Universal will release the sequel on June 26, 2015.

Barth has voiced multiple characters on MacFarlane’s hit animated series “Family Guy,” including Kate Hudson and “True Blood” heroine Sookie Stackhouse. She has also appeared on “Parks and Recreation,” while her feature credits include “Get Smart” and the Nicolas Cage movie “Next.” She’s repped by Innovative Artists and Brillstein Entertainment Partners.

Here’s a red-band trailer for the original “Ted” that emphasized Barth’s character, who became something of a fan favorite.