Can we expect references to their mob royalty status from Davidson, who will also write and executive produce the series?

The half-hour live-action comedy is a heightened, fictionalized version of the comedian’s life. Per Peacock, “the series will combine grounded storytelling with absurd elements from the unfiltered and completely original worldview for which Pete is well known.”

In May, the “King of Staten Island” star left “SNL” after seven years, in a mass exodus that also saw Kate McKinnon, Aidy Bryant and Kyle Mooney exiting. 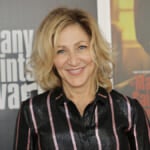 Pesci, an Oscar winner for his performance as hotheaded gangster Tommy DeVito in Martin Scorsese’s “Goodfellas,” had previously been nominated for Best Supporting Actor for “Raging Bull,” and was nominated again in 2020 for “The Irishman.” This is his first project since “The Irishman.” 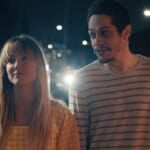