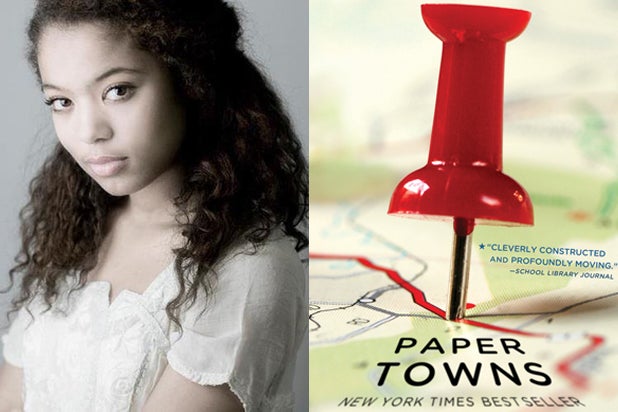 Nat Wolff and Cara Delevingne are starring in the coming of age drama to be directed by Jake Schreier. As TheWrap previously reported, Delevingne will play the female lead role of Margo. and Michael Weber, who also adapted Green’s for Fox 2000, are writing the screenplay.

Wolff will play the lead role of Quentin, whose world changes when the lovely Margo moves in right next door when he’s nine years old. They become best friends but grow apart over the years only to reconnect in the last few weeks of high school. When Margo mysteriously disappears, Quentin and his best friends go on a journey to find her, and in the course of their road trip, discover a lot about life.

Austin Abrams, Halston Sage and Justice Smith will respectively play Ben, Lacey and Radar — Quentin’s friends who journey with him to New York City to search for Margo. Sinclair will play the role of Angela, Radar’s girlfriend.

Sinclair, who appeared on two episodes of HBO’s “Masterclass,” currently recurs on TNT’s “Rizzoli and Isles.” She is represented by Creative Partners Group.