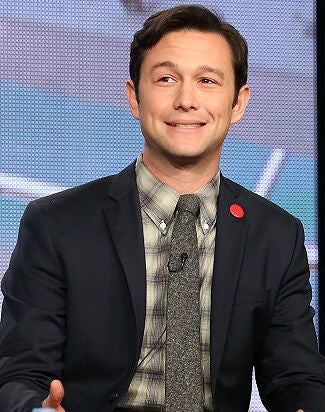 It’s hard to imagine Joseph Gordon-Levitt ever having a career lull. But when he did, years ago, he decided to create his own project instead of waiting for someone to offer him one.

The result was “HITRECORD on TV,” a new variety show that premieres Saturday on Pivot but has been seen half a million times online. The series is assembled from clips Levitt helped assemble in his downtime from writing, directing, and starring in last year’s “Don Jon”; producing an adaptation of Neil Gaiman’s “Sandman” comics; doing backflips on live TV; and being the only credible Robin ever caught on film.

Also read: Joseph Gordon-Levitt is the Benevolent Dictator of HITRECORD

“This is something that I’ve been working towards for many years,” he told TheWrap. “In fact, since before I had shit else going on.”

We talked to the 32-year-old about evolving from a “3rd Rock From the Sun” child star, the Trotskyan world of Reddit, and the 1929 book that helps fuel his creativity.

TheWrap: So how do you do a backflip? What muscle group is it?
Gordon-Levitt: Practice. I suppose it starts in your legs and then it’s in your stomach muscles. You pull yourself around. I did gymnastics when I was a kid.

You’re not scared that you’re going to bump your head and ruin all the good things you have going?
[Laughs.] No, it’s just muscle memory from having done it when I was young that gives me the courage to kind of do it.

Why do a variety show when you’re so busy as it is?
HITRECORD started – before it was a television show, or a production company or a website even, it was just something I would say to myself. A little kind of word of encouragement. Because I was in my early 20s, I’d been an actor my whole life, and I quit for a while, and then when I wanted to start back up, I couldn’t get a job. I realized at that time I had to take responsibility for my own creativity. I couldn’t just wait around for someone to allow me to make things. I love it too much.

The record button, the red circle, became a symbol of that for me. And so this has been coming since then and it’s an enormous wish fulfillment to have it now be this grand-scale television show and have the world watching it.

You’re one of the child stars who turned out the best. What do you think kept you out of trouble?
I would credit my parents, my brother, my family, my close friends. A lot of cool people around me with good priorities. I’ve always just really loved acting and movies and stories and there’s lots of other, as you say, trouble that can come along with show business. Those things can be seductive. But I’ve just never had that much interest in.

It seems like you have to be more addicted to work than to cocaine, or whatever else ruins people’s lives.
[Laughs.] I would admit to workaholism. For sure. I definitely have addictive behavior toward work.

You’re doing a couple comic book projects, “Sandman” and the new “Sin City.” Are you directing “Sandman”?
That all remains to be seen. At the moment David Goyer and I have both signed on as producers. … I’m so excited. There’s so much potential in that material. We’re just getting started. It’s really cool for me because other than ‘Don Jon’ I’ve never been involved in a movie this early on in the process. There’s not even a script. There’s nothing yet. It’s just, just, just, just starting.

Are you a comic book guy or is that just where Hollywood is now?
I think Hollywood is a comic book town. I spent my fair share of time in comic book shops because I was playing D&D and Magic. But to be honest I never read a lot of comics. My favorite – the one that really stands out to me was called Maus. The Art Spiegelman piece about his dad’s experience during the Holocaust. … Those are the coolest books.

A lot of the success or failure of this comes down to your taste. Obviously there’s a whole community that helps pick videos, but doesn’t it largely come down to what you like or don’t like?
Yeah, and having that individual taste directing the whole thing I think is important. And certainly there’s other collaborative art on the Internet that is more pure anarchy. And I mean anarchy in the Trotskyan sense of it – there’s no head. And that can be great, the stuff that comes out of 4Chan or Reddit  or whatever. That certainly has a lot of merit and virtues.

What we’re doing is sort of a hybrid between that world and then really a traditional film set where a director is working with lots of artists who are bringing their ideas, bringing their work, bringing their images and music and everything else, but directing it and keeping it on the same page and making sure it has a unified voice. That’s something that’s important to me and that I always try to keep in mind in HITRECORD projects.

Is that a lot of pressure? It seems like you have really good taste, because you do good projects. But there’s that “When Harry Met Sally” line that everyone thinks they have good taste and a sense of humor, but what if we don’t?
That’s that kind of leap into the fire, I guess. What can I say? I guess any artist has to have that internal confidence.

I made a short film a while ago called “Escargots.” It was one of my favorite things I had ever done and in fact it’s still one of my favorite things I’ve ever made. It’s an adaptation of this poem, and it’s a French poem. And I thought, ‘I’ll submit it to Cannes! They’re gonna love it!’ And I did. I submitted it to Cannes in I guess 2004 or 2005, and did not get in. … And I was shocked: ‘But this is so good! — and it’s in French for fuck’s sake!’ And I was feeling a little down about it.

And Rian – Rian Johnson ‘s one of my best friends, he directed “Looper” and “Brick” – he recommended me this book “Letters to a Young Poet.” Rilke is the author. And it’s this correspondence between Rilke and this young aspiring writer. And so it’s 10 or a dozen very smart inspirational letters about what it means to be a writer. It really applies to any creative process. And one of the things it focuses on most is solitude. Ultimately you have to just have this thing deep, deep down inside of yourself independent of anyone else, that drives you, this need to do it. And if you don’t have that, then you might want to think about doing something else.

Watch the first episode of “HITRECORD,” followed by the short film, “Escargots”: