He replaces Ron Thomson, the former president of Cameron Thompson Group who resigned last month after 18 months as Liquid’s CEO. The company, which trades on the Nasdaq exchange, has struggled in the last year. The stock (YVR) closed Tuesday at 38 cents, down from a 52-week high of $2.68 last summer.

Jackson, who co-founded Liquid Media and currently serves as chairman of the board, has been elevated to the top position for now as the company seeks a permanent CEO as well as other executive leaders. The company plans to bring on Tom Casey as a new board member following his three decades of financial and corporate experience across RLS Partners, Emergent Cold, American Apparel and Blockbuster. 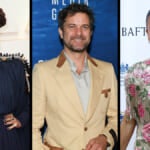 “Liquid Media Group grew from my vision of what this company could do to help grow the independent film and television industry. Liquid’s successful acquisitions and ability to have a banner year for revenue growth, despite the current economic conditions, got me very excited to commit more time to management,” Jackson said in a statement. “While we are actively looking for a permanent CEO with the public market skills required to steer Liquid to higher growth, I’m more than happy to take on this role as long as necessary.”

Liquid Media’s mission is to support independent creators and IP owners in the film and television industry by providing solutions to creative and distribution roadblocks that often arise outside of the studio system. The goal is to create “independence for independents throughout the company and its subsidiaries and in conjunction with Filmocracy and Slated partnerships. Liquid has also struck distribution partnerships with companies like Insight tv, Eluvio and Vuulr to further build this network effect. 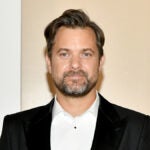