Juan Williams announced Wednesday evening that he will be departing as a co-host of “The Five” but remain on Fox News as a political analyst.

“This is my last day hosting ‘The Five,’” Williams said during the show on May 26. “COVID taught me a lot of lessons. As the show goes back to the New York studio, I will be staying in D.C. I will be working for Fox out of Washington. My work as a Fox News political analyst will continue.” 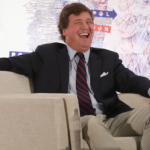 “As Juan Williams announced on air today, he will be leaving The Five to live in Washington, DC full time. We accommodated his request, understanding and appreciating his desire to remain closer to his family and recognizing that a remote co-hosting role on a roundtable in-studio program was not a long-term option,” Fox News vice president of weekend programming Megan Albano said in a statement. “While we will miss his insightful contributions each night and look forward to welcoming him on set whenever he’s in New York, we are pleased to have him continue his longtime role as a senior political analyst with Fox News media.”

“The Five “will return to its studio at FOX News Media headquarters in NYC on Tuesday, June 1.

Williams appeared on “The Five” alongside co-hosts Greg Gutfeld, Dana Perino and Jesse Watters. The program will rotate out liberal-leaning co-hosts until the network identifies a permanent replacement for Williams.

Williams has been a Fox News contributor since 1997. He joined “The Five” in 2011 as its singular liberal voice after being fired from NPR in 2010 for making disparaging remarks about Muslims.

During his time on “The Five,” Williams often surprised his typically right-wing fellow anchors by refusing to hold back on criticizing parts of their agenda he didn’t agree with, including former president Trump. Trump called Williams “pathetic” and said he was “always nasty and wrong” last year after Williams said Trump’s “unpredictability” could force the U.S. into a “global recession.” 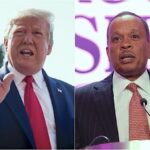 More recently, Williams was trying to explain to Fox News’ Tucker Carlson how potential gas taxes and infrastructure improvements would work under President Biden when Tucker cut him off and started openly mocking him. This caused more of a backlash for Tucker than Williams, and most people seemed to want to hear what Williams had to say even though it was hard to hear over Tucker’s odd giggling.

Williams’ co-hosts made a compilation video for him to celebrate his departure that was a highlight reel of his time on “The Five,” including his signature catch-phrases like “it’s a bird, it’s a plane, it’s a….” and his signature “Hello everyone, I’m Juan Williams” introduction.

Check out the full clip of Williams’ departure announcement at the top of the page.