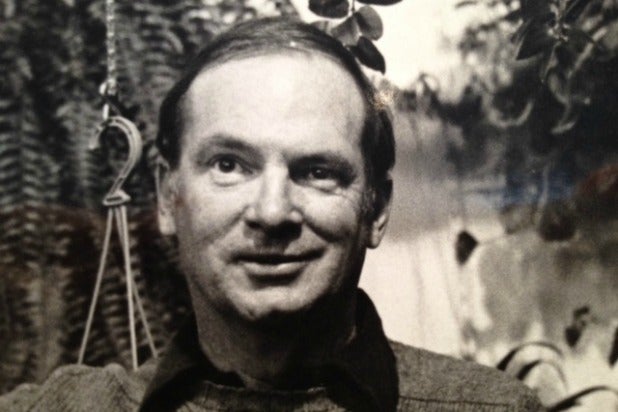 Lorenzo Semple Jr., who created the “Batman” television series that epitomized 1960s camp and went on to write a string of hit films that included “The Parallax View,” “Three Days of the Condor,” “King Kong” and “Never Say Never Again,” has died. He was 91.

Her father kept his sense of humor until the end, telling the Writers Guild Foundation in an interview posted last year that he became a writer because he didn’t want a job. He said he saw how well his uncle, playwright Philip Barry (“The Philadelphia Story”), was able to live from writing.

“I had no interest in saying anything, ever,” he said. “I still don’t. … I did not want a job. I’ve never had a job. And I wouldn’t consider taking a job.”

Adults could appreciate the camp. Kids could take the show at face value. Semple’s Gotham was a brightly colored world full of cackling Jokers and Riddlers, three different purring Catwomen, holy exclamations, and constant cliffhangers. Viewers were commanded to tune in again to see if the dynamic duo of Batman and Robin would survive — same Bat-time, same Bat-channel.

“I think ‘Batman’ in general was the best thing I ever wrote… extremely witty, genuinely witty on two levels. Very sophisticated for those who got it. And kids liked it too for the stupid fights and all that stuff,” he told the foundation.

He won the New York Film Critics Circle Award for Best Screenplay for the 1968 cult hit “Pretty Poison.” His run of 1970s hits included “Papillon,” the remake of “King Kong,” “The Parallax View,” and “Three Days of the Condor.” He was fired from “Condor” over creative differences but said he didn’t mind, and that the movie came out well.

He returned to camp for “Flash Gordon,” a funky, flashy update on the film serial set to the gloriously bombastic music of Queen.

Despite his success, he called filmmaking “an abominable business,” and advised writers not to go into it. He said he grew weary of constant meetings, and that screenwriting is “a craft, rather than an art.”

“If Fox called me up tomorrow and said, ‘Any script you write, we will greenlight, I would say no thank you,” he told the foundation.

“It will go down steadily from the blank page, to be sure,” he said.

Katie Buckland, executive director of the Writers Guild Foundation, said it was extremely lucky to sit down with Semple and preserve his story.

“His films have been so integral to American pop culture,” Buckland said. “More than that, though, they’re watchable and rewatchable on such a visceral, intimate level. Sit down with ‘Three Days of the Condor’ and see what it does to your blood pressure and adrenaline. Turn on ‘Flash Gordon’ and see how long it takes you to start smiling.”

She went on to say that “Semple’s work is everything great scripts, and great movies, should be: Gripping stories that glue you to your chair and stay with you long after you’ve experienced them.”

Semple was born in the wealthy New York City suburb of Mt. Kisco. His parents were businesspeople with a love of theater. He attended Yale, and in 1941 drove an ambulance for the French in the Middle East — “just really for adventure,” he told the foundation, “although my father said afterwards it was to get away from my tailor bills.” Later he was drafted into the U.S. Army and fought in World War II.

After the war he finished his studies at Columbia and sold stories to magazines like the Saturday Evening Post. He also wrote two Broadway plays, 1955’s “Tonight in Samarkand” and 1959’s “The Golden Fleecing.” His first TV show was the serialized “The Alcoa Hour,” which began in 1955.

When he was offered the chance to write “Batman,” he said, he was by no stretch a comic book fan. But the show was an instant hit, and he wrote and re-wrote scripts by mail while living with his family in Spain.

He later served on the Board of Governors of the Motion Picture Academy. From 1984 to 1990, he taught graduate screenwriting at the New York University Tisch School of the Arts. Among his students were Frank Pugliese, John Collier, Susan Cartsonis, Stan Seidel and John Fusco.

In 2007, he and longtime friend Marcia Nasatir became YouTube sensations reviewing films as “The Reel Geezers.” They were introduced by film critic Pauline Kael.

In 2008, the Writers Guild named him a Living Legend.

Besides his daughter Maria, he is survived by his wife Joyce, children Johanna Herwitz and Lorenzo Semple III, and six grandchildren.