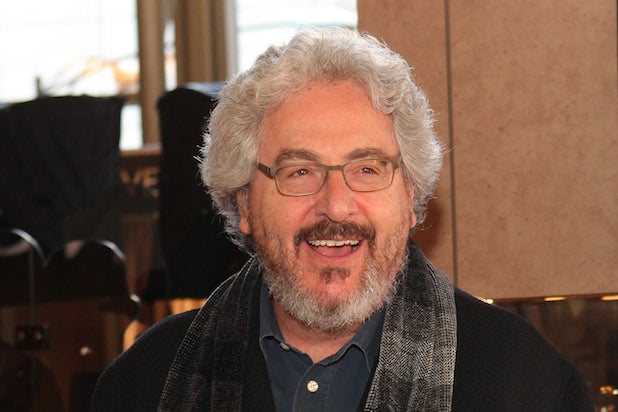 Harold Ramis, the Chicago-born writer, director, actor and producer whose films “Stripes,” “Caddyshack,” “Animal House,” “Groundhog Day” and “Ghostbusters” are among the most beloved — and successful — comedies of all time, has died. He was 69.

Ramis died early Monday of complications from auto-immune inflammatory vasculitis, a rare disease that causes swelling of the blood vessels. He passed away peacefully, surrounded by family and friends at his Chicago-area home where he returned to live in 1996 after 20 years in Los Angeles, according to a statement from UTA, which repped him.

From films to TV and improv, Ramis’ contributions cannot be overstated. His breakthrough came in 1978 with a co-writing credit on the blockbuster comedy “National Lampoon’s Animal House,” and he got on a roll from there, writing 1979’s “Meatballs” and making his directorial debut in 1980 with “Caddyshack,” which he also co-wrote, and which still stands as one of the most quoted comedies of all time.

Born to shopkeepers on Chicago’s north side, Ramis began writing plays in college in St. Louis, where he worked at a mental institution for seven months — often saying that the experience prepared him well for Hollywood (one of the few times he wasn’t trying to be funny: “People laugh when I say that, but it was actually very good training,” he said.)

He returned to Chicago in 1968, freelancing entertainment features for local newspapers before he began studying and performing with the now-famed Second City improvisational comedy troupe.

He became the first head writer on Second City’s TV series “Second City Television (SCTV)” from 1976 to 1979, and was also a performer. The troupe’s mandate — to craft comedy at the top of one’s intelligence — would permeate not just Ramis’ string of brainy/goofball romps, but the works of the many who cited him as a major influence, from Adam Sandler to Judd Apatow.

“Harold Ramis made almost every movie which made me want to become a comedy director,” Apatow said. “‘Animal House,’ ‘Stripes,’ ‘Ghostbusters,’ ‘Vacation,’ ‘Groundhog Day.’ These films are the touchstones of our lives. I interviewed him when I was 16 years old for my high school radio station and he could not have been more gracious and hilarious. … Harold was one of the nicest people I have ever met and he inspired countless people to go into comedy.”

See photos: Remembering Harold Ramis – 13 of His Most Iconic Contributions to Comedy

Ramis told the Tribune in 1999 that he realized he’d never be a comedy acting star while working alongside a new kid at Second City: John Belushi.

“When I saw how far he was willing to go to get a laugh or to make a point on stage, the language he would use, how physical he was, throwing himself literally off the stage, taking big falls, strangling other actors, I thought: I’m never going to be this big. … I stopped being the zany. I let John be the zany.”

That didn’t stop him from taking on side roles many of his comedies: as Dr. Egon Spengler in “Ghostbusters” and “Ghostbusters II,” as the wry cadet Russell Ziskey in “Stripes” (pictured left) and even as an unnamed neurologist in the insta-classic “Groundhog Day.”

Though he never achieved movie-star status, inumerable contemporaries who appeared in his films did, from Belushi to Dan Aykroyd to Bill Murray — the latter of whom had a bitter falling-out while making “Groundhog Day.” It was rumored, but never substantiated, that the two had reconciled — though the reclusive Murray did make a predictably enigmatic statement about Ramis on Monday:

“Harold Ramis and I together did the National Lampoon Show off-Broadway, ‘Meatballs,’ ‘Stripes,’ ‘Caddyshack,’ ‘Ghostbusters’ and ‘Groundhog Day.’ He earned his keep on this planet. God bless him.”

Aykroyd was more straightforward in his respects to Ramis on his Facebook page: “Deeply saddened to hear of the passing of my brilliant, gifted, funny friend, co-writer/performer and teacher Harold Ramis. May he now get the answers he was always seeking.”

Ramis was comfortable in nearly all mediums, writing and voicing several video-game adaptations and a recent return to TV directing, with four episodes of NBC’s “The Office” from 2006 to 2010.

But it was his incredible run of films from “National Lampoon’s Animal House” in 1978 to “Groundhog Day” in 1993 — a span that included 13 films and a handful of television projects — that would cement him as one of comedy’s titans alongside the likes of John Hughes and Sid Caesar.

Ramis is survived by his wife Erica, sons Julian and Daniel, daughter Violet and two grandchildren.

(And, if there is any justice in the universe, shuffled off in a state of total enlightenment … )