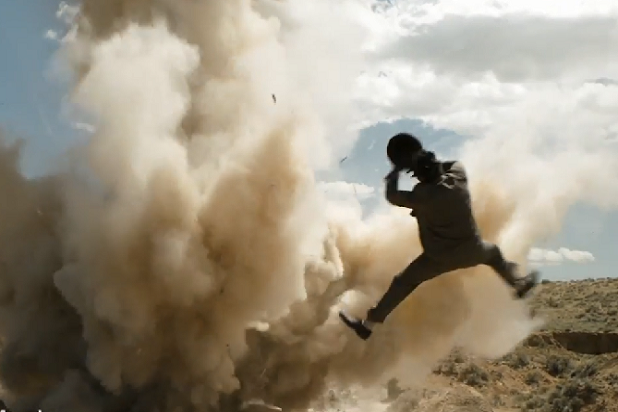 “Manhattan” will be blowing up with Sunday’s episode, yo.

The upcoming episode of the WGN America drama — about the top-secret project that spawned the atomic bomb — will be particularly explosive, if TheWrap’s exclusive sneak peek of the episode is any indication.

In the episode, titled “Last Reasoning of Kings,” Frank (played by John Benjamin Hickey) grapples with haunting memories from his past and his erratic behavior gets called into question, putting his team’s loyalty to the test. Meanwhile, The Hill receives a special visitor in famed physicist Neils Bohr (portrayed by guest star  Christian Clemenson, of “CSI: Miami” renown), whose sudden arrival sparks curiosity among the scientists.

But our exclusive sneak preview is all about things going kablooey — and perhaps also offers a lesson in patience, as Frank learns why you should probably count to ten before running into an area where you just tried to detonate a bomb.

See video: ‘Manhattan’ Extended Trailer Boasts as Much Sex as There Was Bomb Making

“Manhattan” airs Sunday at 10 p.m. ET/9 p.m. CT on WGN America. Until then, get bombed with the video below.