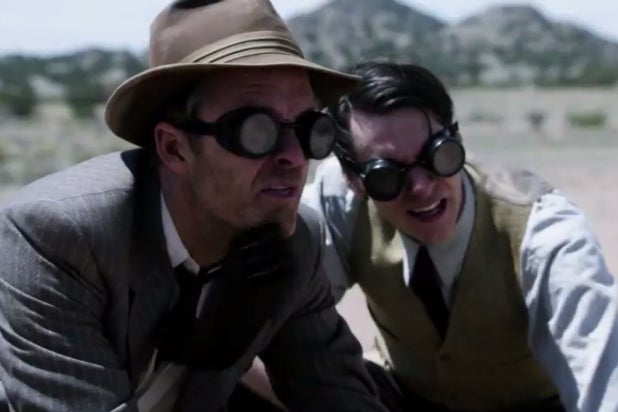 In 1943, “Manhattan” was a secret project in the desert. On Sunday, it becomes WGN America’s newest show.

The Sam Shaw drama, which chronicles the arms race to build the atomic bomb during World War II, stars John Benjamin Hickey, Rachel Brosnahan and Katja Herbers. And based on the extended trailer below, creating a weapon of mass destruction wasn’t the only explosive action going on in the secret town.

That was a sex reference.

But the boys ultimately had a bigger mission in mind. The “Manhattan” trailer, packed with quotabales, boasts at least one semi-truth: “This war will be won on the battlefield, but peace will be won with brains, not brawn,” and one that didn’t quite hold up over the years: “We won’t just end this war, we’ll end all war.”