Actor Mark Hamill is on the verge of directing what has been a pet project of his for years, but the actor who’ll always be Luke Skywalker is also facing one of the truisms of the movie business:

When money is involved, people get nervous.

Hamill, who directed the 2004 documentary “Comic Book: The Movie” and has done considerable voiceover work (including an acclaimed turn as the Joker in “Batman: The Animated Series”), told the audience at the Downtown Independent Theater he was ready to go on a project that he’d been trying to get off the ground for some time. 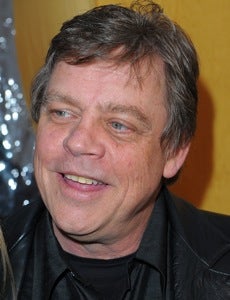 His partners, he added, wouldn’t allow him to announce it yet because they wanted to wait until the Cannes Film Festival in May.

Then Hamill dropped numerous hints about the film: it’s based on a comic book that Hamill wrote, it’s set in the real world, and “at first glance it’s a drama, but it has dark humor.”

Considering that Hamill’s writing career encompasses some stories for “The Simpsons” comics, an introduction to a Batman anthology and one major comic miniseries, “The Black Pearl,” the clues made it clear that he’s talking about the latter, five-part story, which he’s said he wants to direct ever since its initial publication in 1996.

The story of “The Black Pearl,” Hamill told the New York Daily News at the time, is "a crime thriller, fairly raw in terms of violence … about tabloid journalism and sensationalism and all the things that thrillers come from."

Hamill, 58, told the Comedy Shorts Festival crowd that the project was a tough sell (“Believe me, you don’t want to mention the word satire in a room full of executives”), but that he’d secured a $7 million budget, largely from British backers.

And then, he says, things got tricky.

“My two co-writers wrote a David O. Russell film for Paramount,” he said, “and now they’ve very hot. So now there are people who are willing to give us $30 million to make the movie. But if we took that deal, I wouldn’t get to direct.

“If you go over about $8 million, you have to start getting foreign sales before you start shooting. But if you stay in the $5-to-$7 million range, you don’t have to do presales and you can maintain much more creative control.”

The goal, he says, is “to make a movie the studios wouldn’t make.”

The official announcement should come next month, in France.