Neve Campbell is not entirely ruling out a return to the “Scream” franchise after previously announcing she would not return to the sixth installment over a contract dispute.

In a new interview with People, Campbell said “I don’t know that I’m done for good” with the film, or potential future installments when it comes to reprising her role as Sidney Prescott yet again. Though she reiterated that her reason for exiting the film had to do with what she believed to be an unfair offer considering “the value that I bring to this franchise, and have brought to this franchise, for 25 years.” 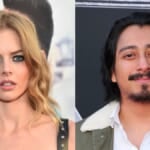 The untitled “Scream 6” is currently in the works at Spyglass Media and Paramount and is scheduled for release on March 31, 2023. Though Campbell has appeared in every “Scream” movie to date, including the original from 1997 up through the most recent reboot from earlier this year, she said in a statement in June that she would be making the difficult decision to move on, citing pay issues.

Campbell doubled down on those sentiments with People, saying that she would’ve been offered far more if she “were a man and had done five installments of a huge blockbuster franchise over 25 years.” 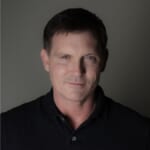 “And in my soul, I just couldn’t do that,” she said. “I couldn’t walk on set feeling that — feeling undervalued and feeling the unfairness, or lack of fairness, around that.”

The next “Scream” movie has the primary cast from this year’s “Scream” returning, including Melissa Barrera, Jasmin Savoy Brown, Mason Gooding, and Jenna Ortega, alongside newcomers Samara Weaving and Tony Revolori. The directing team Radio Silence of Matt Bettinelli-Olpin and Tyler Gillett will also return, as will co-screenwriters James Vanderbilt and Guy Busick as they tackle the next chapter for the terrifying Ghostface killer.