Kevin Williamson, the writer behind the original “Scream” movie and the creator of shows like “Dawson’s Creek” and “The Vampire Diaries,” has signed with CAA, TheWrap has learned exclusively.

Kevin Williamson is a filmmaker, writer, creator, producer and director, who first broke out with the script for the 1996 slasher horror film “Scream. In addition to writing both “Scream 2” and “Scream 4,” he’s an executive producer on this year’s box office hit franchise revival, also titled “Scream,” as well as the upcoming sixth “Scream” film, which will be released on March 31, 2023.

Williamson is also the writer of the horror thriller “I Know What You Did Last Summer” from 1997, as well “Teaching Mrs. Tingle,” which was also his feature directorial debut, and as Robert Rodriguez’s “The Faculty.” Some of his other film credits include “Halloween: H20: 20 Years Later” and Wes Craven’s “Cursed.” 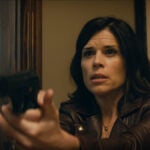 But Williamson is also a major force in TV and is the creator and executive producer of the pop culture phenomenon “Dawson’s Creek,” which launched the careers of James Van Der Beek, Katie Holmes, Joshua Jackson and Michelle Williams, and “The Vampire Diaries,” which has spawned two other spinoff series, “The Originals” and “Legacies.” Most recently he worked on the series “Tell Me a Story,” and his other TV credits include the Fox hit “The Following,” “Stalker” and “Time After Time.”

Up next, Williamson is directing his own script, “The Audition,” for Netflix and, he has reteamed with his longtime collaborator Julie Plec for “Dead Day,” a supernatural drama series that will air on Peacock. Williamson and Plec will serve as writers, executive producers, and co-showrunners on the series.

January’s “Scream” was released by Paramount Pictures earlier this year and brought back the original “Scream” cast, including Neve Campbell, Courtney Cox and David Arquette, to take on a new killer who has donned the iconic Ghostface mask and targeted people in the town of Woodsboro. The film made $81 million domestically and $140 million worldwide.

He continues to be represented by ID and Felker Toczek Suddleson Abramson McGinnis Ryan. 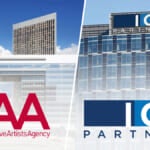